Double blow to jihadists in Spain 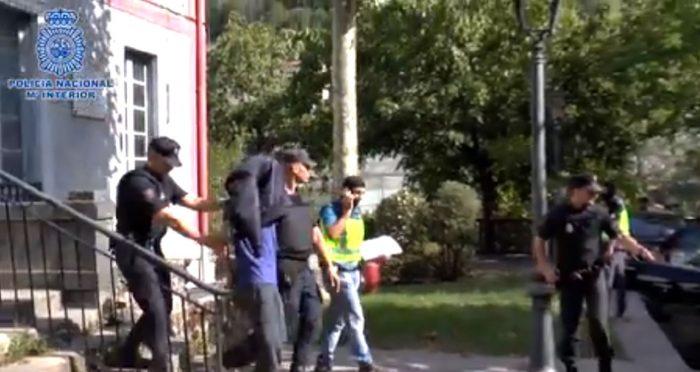 GUARDIA CIVIL have arrested an alleged jihadist woman terrorist who they say was planning to mow down pedestrians in a van.

According to anti-terrorist sources, the 45-year-old woman arrested in Lugo had already tried to rent a van with which to drive into the crowds in a copycat atrocity based on the Barcelona La Rambla attack of 2017 in which 14 innocent people were killed.

Investigators say they intercepted communications in which the arrested woman said she was going to replicate several attacks perpetrated by Daesh in recent years in different parts of Europe.

The alleged terrorist had previously been arrested in 2018 after more than a year of investigations. According to Interior Ministry sources, she had been closely monitored since then. They added that “she had taken numerous security measures with the intention of circumventing the surveillance of investigators.”

These measures included trying to hide her activity on the internet and on social media networks.
In addition to viewing propaganda produced by various terrorist groups, the detainee had “publicly celebrated violent actions,” specifically, the attacks perpetrated in Barcelona and Cambrils in August 2017, which she intended to emulate.

In a double blow to jihadist networks, National Police arrested in a simultaneous but unconnected operation in Gipuzcoa three Moroccans alleged to be terrorist recruiters.

The trio – all aged 27 – were arrested in the towns of Urretxu, Ibarra and Urnieta. Police accuse them of “indoctrination and the glorification of terrorism.”

Anti-terrorist services claim that all three used their profiles to distribute bloody images of the Syrian and Iraqi conflicts, accompanied by comments encouraging religious confrontation and the destruction of the West and its allies.
The investigation found that the detainees had acquired some capacity for recruitment and indoctrination within their online community.

However, as a result of recent police operations and fear of being arrested, they began to adopt security measures in their online activities. From that moment their online presence declined, but they instead began to interact in the real world with other individuals in order to spread their radical thinking.