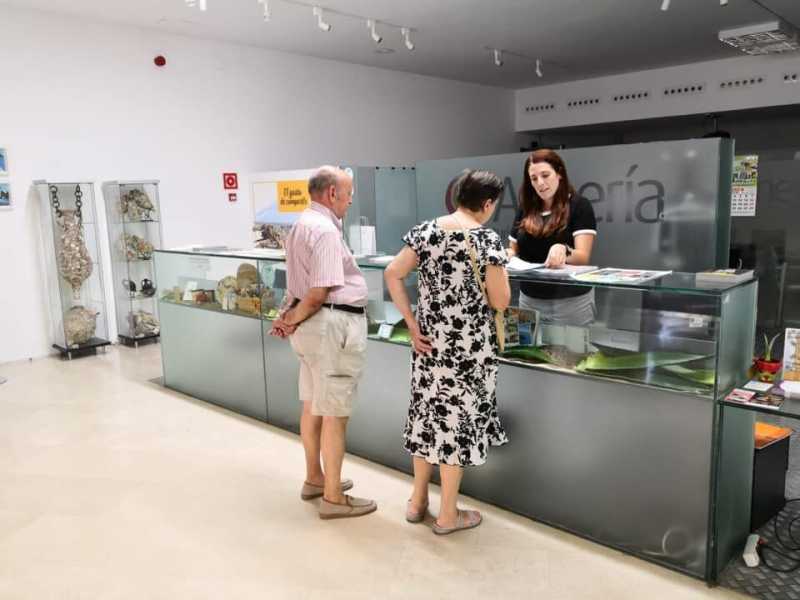 ALMERIA city’s tourist office dealt with seven per cent more visitors over the first six months of the year than in the first half of 2018.
In total, 22,730 tourists requested information from the city centre office in Plaza Vieja, including street maps, places of interest opening hours, and the best areas for shopping or tapas.
City Tourism councillor Carlos Sanchez described the figures as “very positive”, and an indication the city authority is “working on the right lines to make our city increasingly well-known and attractive.”
Just under 70 per cent of the visitors dropping into the tourist office between January 1 and June 30 were Spaniards. One in five were from Almeria province, while 13 per cent were from Madrid and one in 10 live in Barcelona. There were also significant numbers of tourists from Valencia, Seville, Malaga and Jaen.
British tourists accounted for nearly 30 per cent of the foreigners seeing information. One in five were French and just under 14 per cent were German. Belgians and Italians also used the tourist office.
There was a notable increase in the number of visitors from Canada, the US and Scandinavia when cruise ships were in port.
Visitor figures for the Gastronomy Capital of Spain headquarters for the first half of the year are also encouraging, suggesting the distinction has helped to promote the provincial capital as a holiday destination. More than 45,000 people passed by the premises in the Paseo de Almeria, either for information or to take part in one of the close to 400 food-related activities staged there.
Carlos Sanchez highlighted the number of promotional activities there have been for gastronomy capital 2019, notably the filming of an episode of Masterchef in the city, an ONCE lottery ticket featuring an image of Almeria, advertising on London double-decker buses and publicity slots on screens in the heart of Madrid.