Euro Weekly News: a springboard to a great future 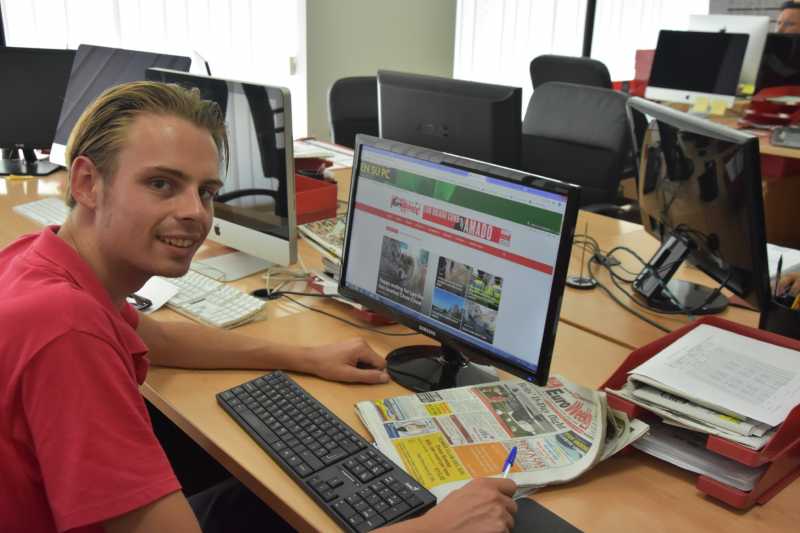 Euro Weekly News: a springboard to a great future

MY NAME is Joe Gerrard. I have worked as a journalist for Euro Weekly News for more than a year and a half but it is now time to move onto new pastures.

As the time comes to start the next chapter of my life and career, I can look back and reflect on my time here, and what a time it has been.

I graduated with a masters degree in journalism late in 2017. At that time my future was uncertain. I decided to fulfil one of my ambitions which was to travel and set off on a journey from France through to Spain and ultimately to Euro Weekly News.

I applied for and was offered my first journalism job at the paper while travelling and started in January 2018.

Within weeks I had already gone to a press conference with British Consul for Southern Spain Charmaine Arbouin.

She was speaking to expatriates about Brexit, a topic which would grow to be a big part of my work at Euro Weekly News.

By the summer of 2018 I had reported for all our six papers, giving me the chance to learn more about areas popular with expatriates and other places further afield. I spoke to and interviewed several expatriates for stories, learning about their concerns and about the people I was reporting for.

I was able to hone the skills I was taught at university while being able to view Spain, my new home, from a unique vantage point as a journalist.

I was also able to bring my skills to bear on one of my pet subjects, politics. I was fortunate to be reporting when history was made with the first successful no-confidence motion against a sitting Spanish government, which I covered on the day of the vote.

About a year ago I was given responsibility for the Costa del Sol edition of Euro Weekly News, one of the company’s biggest titles.

Around the same time Euro Weekly News owner Michel Euesden offered me space in the papers to cover Spanish politics and Brexit.

In my first job I was given the chance to select my own stories, chose my own angle and report on my own terms. This was a generous vote of confidence in my abilities.

Those responsibilities opened more doors, including being interviewed by the BBC and The Guardian about Brexit’s impact on expatriates.

I have chance now to cut my teeth as both a local news reporter and as a political correspondent. And all that in Spain, a country I have had the chance to explore and one I have grown to love.

But the time has come to move on. And now it is time to pass on the mantle to a new reporter.

To anyone interested in joining the team I would say that if you are willing to put in the hard work, you will reap tremendous rewards.

The job has been a springboard to a great future for me, and it could be for you too.

Anyone interested can send their CV to: [email protected]