Not the most welcome message… 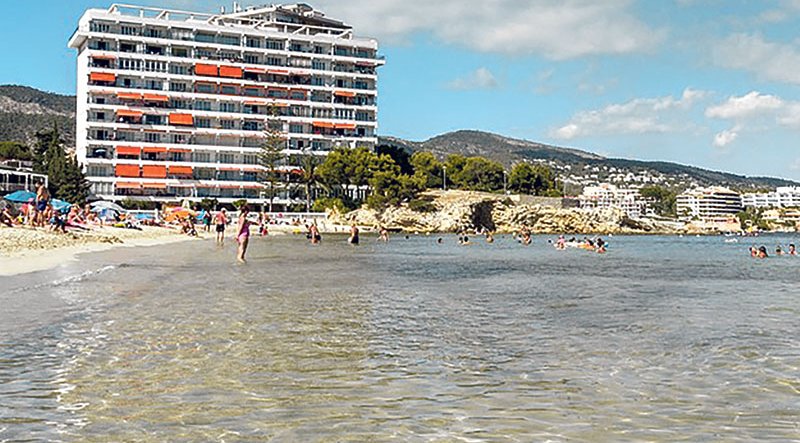 MALLORCA BEACHES: You may be fined for building a sandcastle!

IN 1928 the American gangster Al Capone was getting out of a car when a gun in his golf bag accidentally went off shooting him in the groin. A small army of bodyguards could protect the famous mobster from his many enemies, but not from his own stupidity.

I am reminded of this story whenever I hear of yet another move by the Balearic tourism industry that is the equivalent of shooting oneself in the foot. This time it is the ban on building sand castles on some beaches.

From now on anyone wielding a bucket and spade on certain Mallorca beaches could be fined up to €100. Add this restriction to the 109 violations announced by Calvia Council in May of this year which include drinking fountain water, pouring dirty water under trees and picking flowers from city streets or parks.

It is almost as if Mallorcans don’t want tourists to visit their island… Surely not!

The slogan ‘Tourists Go Home’ daubed on a wall in Palma is not the most welcoming message for visitors on their walking tour of the city and I am told that a plane flying along Palmanova beach recently trailed the banner ‘Tourists Out.’

Mallorca is home to one million people and welcomes over 10 million visitors every year.

Some of the locals are fed up sharing their island (albeit briefly) with the very people who create the prosperous environment which they enjoy.

In the Balearics, tourism contributes roughly 45 per cent of the regional GDP. The infamous Tourist Tax charging visitors up to €2 for an overnight stay on the island is estimated to generate €60 million a year for the Balearic government coffers. But heck those tourists are so annoying let’s get rid of the lot of them!

If Mallorcans keeps this up the islanders can have their rock back to themselves and enjoy returning to traditional professions such as fishing and olive picking. I am sure holiday resorts in Turkey and Tunisia would be happy to offer alternatives.

Snubbing the very people who bring wealth and prosperity to your economy is comparable to figuratively picking up a Smith & Wesson and aiming squarely at your metatarsals.