Ain’t what it used to be 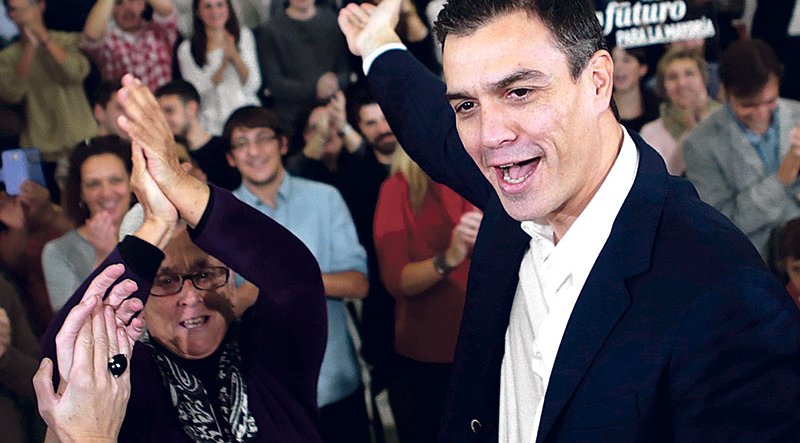 THE Left can’t get it together and it’s not all that easy for the Right, especially Albert Rivera.

He doesn’t want to be seen cosying up to the ultra-Right, but is too ambitious to renounce the power brought by the three-way Partido Popular – Ciudadanos and Vox arrangement.

Inside his party, Rivera occupies a political no-man’s-land where he calls the shots in splendid and increasingly autocratic isolation.

De Carreras lamented that the party is no longer what it set out to be, and Roldan said that Albert Rivera puts his own interests before those of the party and Spain.

In an informal online poll in the Catalan daily La Vanguardia 84.65 per cent of participants believed that Rivera would eventually pay – in votes – for his dalliance and ill-disguised alliance with Vox.

And a probable November general election will show whether Rivera paid a bargain price for his Vox-enabled elevation or was sold a pup.

IF Podemos and the party supremo Pablo Iglesias were destined to hit the big time, it would have happened by now.

Iglesias presumably believed that erupting onto the political scene in the European elections of 2014 by taking five seats had set the pattern for Podemos’ national trajectory.

Support amongst the undecided and politically-uncommitted has drifted away with each national, regional and local election, but Iglesias and Podemos nomenclature have not yet received and digested this message.

If, as he maintained, Iglesias really did hope for a left-wing progressive government, he would have put his own ambitions to one side and voted in favour of Pedro Sanchez in the investiture debate.

The other half of the Unidas Podemos tandem, Izquierda Unida, increasingly favours backing Sanchez, asking for nothing in return.

After all, it is more blessed to give than receive and Sanchez would have been – could still be – eternally in their debt.

Trouble is, Iglesias knew that a role in a putative Sanchez government, even in the shadows, was his only remaining chance of hitting the big time.

He blew it and the small time is all he can expect now.

NOT long ago a Vox councillor, observing a minute’s silence after a woman was killed by her partner, stood several metres away from mourning fellow-councillors of all parties.

She regretted the death, she said, but insisted that gender played no part in ‘inter-family’ violence.

What else to call it when a male kills a female partner? Apart from murder?

THE latest Centro de Investigacion Sociologica (CIS) poll put Pedro Sanchez and the PSOE on 41.3 per cent of the vote.

The Partido Popular took second place with 13.7 per cent and Unidas Podemos’s measly 13.1 per cent overtook Ciudadanos’ measlier 12.3 per cent.  Vox slid downhill to 4 per cent.

Ironically Sanchez’s investiture has defeat hurt him less than his rivals, especially Albert Rivera whose anti-Sanchez veto has done him more harm than good.