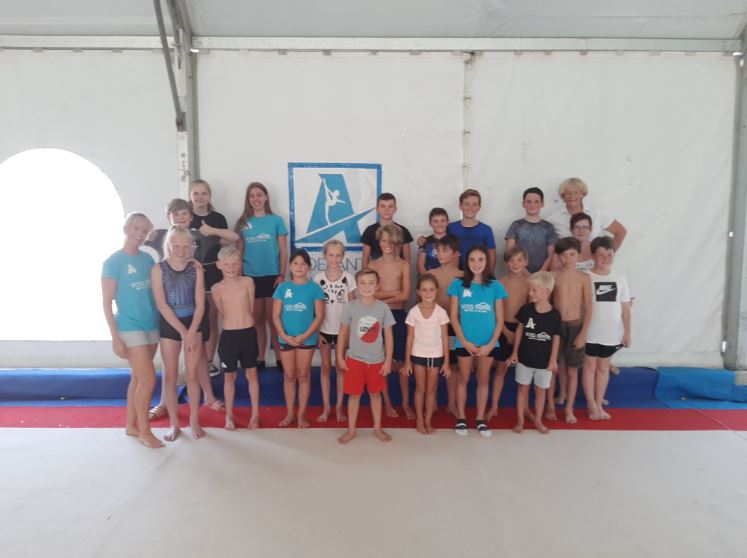 GOAL: Stacey wants to have the club up and running again as soon as possible. CREDIT: Stacey Smith

AN ARTISTICS gymnastics club for youngsters is hoping to spring back into action soon having found itself without a home.

Adelante Gymnastics founder Stacey Smith told the Euro Weekly News the club is not able to remain operating at the Huercal-Overa municipal facilities where it had been based since February last year.

Stacey has, she said, found what would be a suitable base for the club in Huercal-Overa town. The obstacle,in Stacey’s words, is that“it looks like a bomb’s hit it”, and an investment of some €20,000 is needed to turn the premises into a fully ready for use gym.

Stacey told EWN she is desperate to have Adelante up and running again as soon as possible for the sake of the children and teenagers of all ages who attend the artistic gymastics and Parkour classes, but for one dedicated group in particular: the elites.

“This is the group who have been working for a year and a half of 12 hours a week of intense gymnastics”, Stacey explained.

“What they’ve achieved in that time is incredible: you normally get to that level after about two and a half years. But I pushed them because we’re supposed to be competing in October in Valencia as the first team from Huercal-Overa in the national ‘Liga Iberica’.

“Now we have nowhere to train, the routines are not together, so it looks as though these girls have trained for absolutely nothing.”

Stacey told EWN: “I’m trying to get a loan from my bank to save the club, but that’s a lot of money to put your neck on the line for, and I need help: the bank told me there’s no guarantee they can give me that amount.”

She has therefore launched an online fundraising page for her cause, and is hoping organisations and companies will “come in to try and save the club.”

Stacey also told EWN she is in the process of applying to make Adelante Gymnastics a non-profit making organisation.

Artistic gymnastics has been Stacey’s lifelong passion.She is now crossing her fingers she will be able to continue encouraging local youngsters to share that passion, whether going down the competitions route or just enjoying the sport.