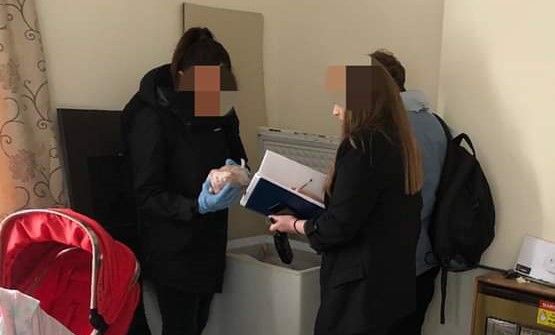 UK police made an arrest in Coventry for the illegal slaughter of sheep. Credit: Police.

AT the same time as hundreds of people in Spain were protesting against bull fighting, a UK police operation against the illegal slaughter of sheep is a reminder that animal welfare issues are not a Spanish problem alone.

One person has been arrested in the West Midlands as police raided four addresses as part of an investigation into the slaughter and illegal butchery of sheep.

The Northamptonshire Police investigation into a number of reports of illegal sheep butchery and theft across the county, is linked to similar investigations in neighbouring forces, including Warwickshire.

“This enforcement operation demonstrates how seriously we are taking this crime series, and how intent we are on catching those responsible and bringing them to justice.”

She said: “Today’s activities represent just one element of the extensive work underway as part of our investigations into illegal butchery and sheep theft.

“We have been able to carry these warrants out thanks to intelligence received as a result of our teams working together and also with other forces. There’s a huge collective effort underway both within Northamptonshire Police and with our partners in investigating these awful crimes.

“This joint operation is a really positive step and sends a clear message to would-be offenders that we are determined to stop the offences and bringing those responsible to justice.

“We will do this through regular targeted operations and by working closely with neighbouring forces and partners to share best practice, intelligence and information.

“Whilst Warwickshire Police has put in place Operation Hillman to address the theft and illegal butchery of sheep, the importance of communities remaining vigilant, reporting anything suspicious in or near fields of livestock cannot be underestimated. Thank you to those that have done so already, it has been a great help.”

A 39-year-old Coventry man arrested on suspicion of theft and criminal damage remains in police custody.

In Mallorca, on Friday hundreds of people of people gathered outside the Coliseo Balear to protest against the recently approved bullfight on Friday in Palma.

Some reports stated that only 300 people showed up to protest against the controversial event, but witnesses and protesters have taken to social media to highlight that there were many more and that the figure of 300 was representative of only one group of protesters.

While the illegal slaughter of sheep in the UK is seen as a crime, it is striking that in Spain killing bulls in a ring with lances and swords is not.