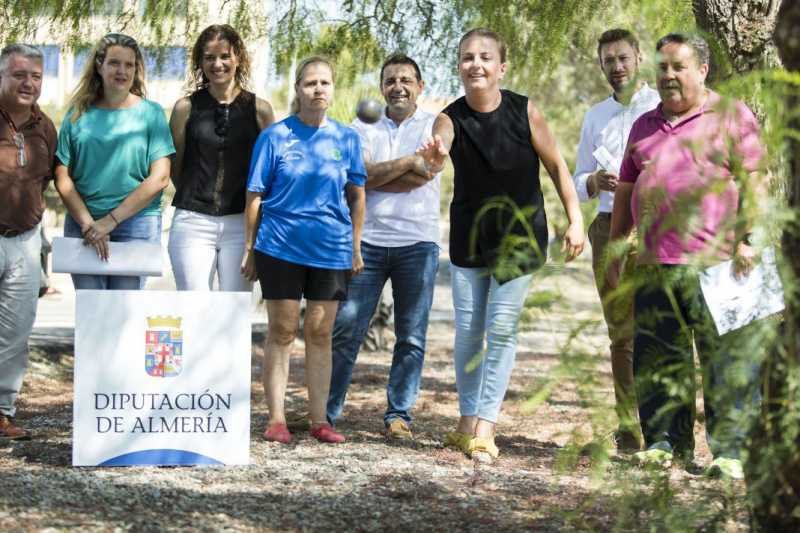 There has been an increase in the number of petanca clubs in the province in recent years. CREDIT: Almeria Provincial Council website

THE Diputacion de Almeria-organised petanca circuit is doing the rounds.

The competition gets going this Sunday in Mojacar and Alhama de Almeria, and will be played out in 16 municipalities in all over the summer and autumn.

The deputy said the provincial administration had been supporting and collaborating with municipalities in the organisation of their local events, and that “thanks to the work of the Diputacion’s sports experts, who have over the years been sewing this seed, this year we can offer a provincial circuit.”

She said it would maintain the “essence” of local competitions, but would have a new format, “bringing together all the events in a unified circuit.”

The Almeria delegate of the Andalucia Petanca Federation and national selector, Pepe Herrada, echoed the deputy’s point about the popularity of the sport in the province. He pointed out there had been considerable growth in the number of petanca playing area licences and in the creation of clubs in recent years.

Herrada revealed two national championships are being staged in Almeria this year, as well a junior European competition and an international junior event.

He also underlined the broad appeal of the sport, remarking that it is played by young and old.

The provincial circuit is organised into three zones.

The Levante area is made up of Mojacar, Antas, which hosts a leg of the circuit on Sunday August 25, Carboneras, Velez Blanco, Velez Rubio and Cuevas del Almanzora.

The top four from each zone will classify for the final, which will be played on November 24.

Registration to take part in the circuit costs €5 and can be done at the host municipality town halls or through the Diputacion or the petanca federation.