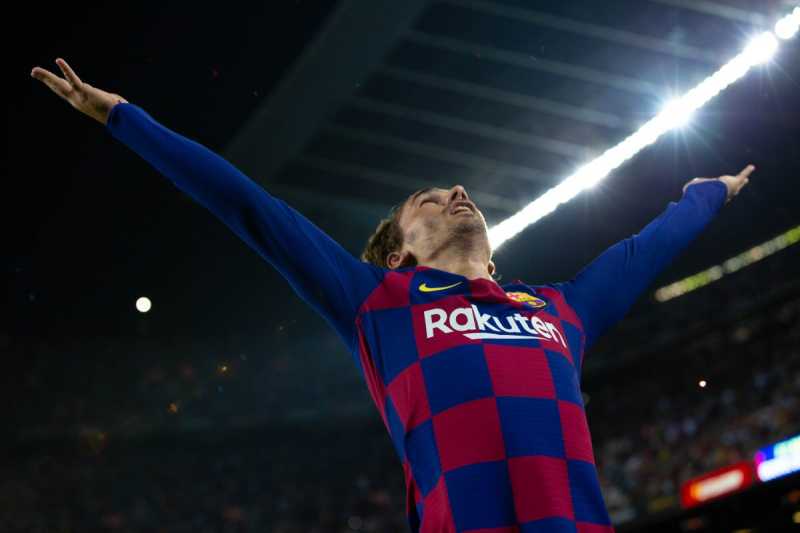 ATHLETICO Madrid continues to show their noisy neighbours how it’s done after winning at the weekend to make it two wins out of two.

It promised to be a difficult start to the season for them as they try to bed in no fewer than nine new players –including three of their back four – and cope with the loss to Barcelona of French striker Antoine Griezmann.

Diego Simeone’s side may look different in terms of personnel, but when it comes to playing style there is little change.  Simeone still sets his team up 4-4-2 with four central players crowding midfield and the full backs providing width.

And it is still bringing results, with Atleti beating Leganes away 0-1 to follow on from their 1-0 home win against Getafe in the first round of matches.

Across the city Real Madrid are not getting the results they want. When Zinedine Zidane returned to the club he promised a revolution and demanded control of transfers to mkold a team for himself.

So far he has spent €300 million on four players, with most of it going on Eden Hazard. Unfortunately for Zidane’s pans Hazard is out injured, and there is little sign of the ‘new Real’.

Barcelona, without Messi, were looking to get back on track after their shock loss to Athletic Bilbao in their first match of the season.

Barca’s much vaunted attack was missing Lionel Messi, Luis Suarez and Ousmane Dembele in their home game against Sevilla side Real Betis.

Things were not looking too good when Nabil Fekir putting the visitors 1-0 up early on, new boy Antoine Griezmann stepped forward to show why Barcelona were so keen to buy him.

He scored two and set up another as the Catalans went on to win 5-2. The crowd also got a glimpse of the future, with 21-year-old Carles Perez impressing (and scoring) on his first start, and Ansu Fati becoming the club’s second-youngest player ever at 16 years and 298 days.

Surprise early leaders are Sevilla where a mix of new arrivals and experienced players setting up in a 4-3-3 formation have seen them claim two wins.

They travelled to Andalucian rivals Granada and secured a 0-1 win to follow on from their opening round 0-2 defeat of Espanyol.