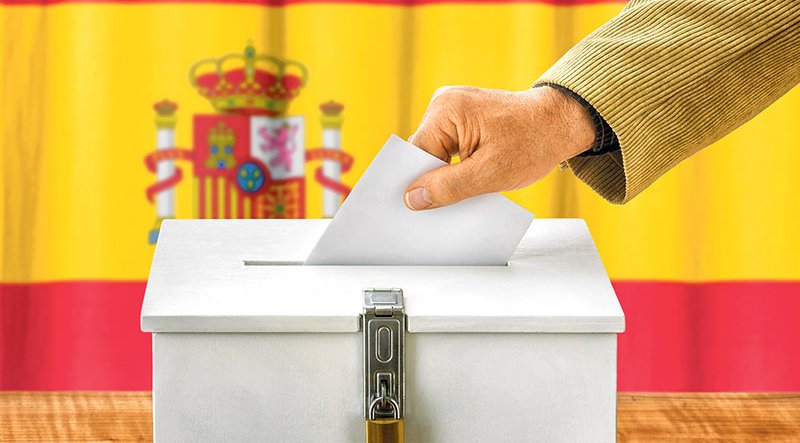 PABLO IGLESIAS is backing a loser by pushing Spain’s moral obligation to accept the tragic migrants who prefer to risk their lives than stay in their countries of birth.

He might be right and this will resonate with Unidas Podemos voters and the socially committed.

Indeed, the Spanish proudly displayed their lack of racism and were always happy to welcome all immigrants, especially well-heeled Europeans.

They grudgingly accepted Latinos too, who at least spoke the same language and shared or at least understood a similar culture.

That has changed and one of the reasons why Vox obtained so many votes in the Andalucia elections last December was because it does not put out the welcome mat for non-European, non-Latino immigrants.

Iglesias wants to shame the tardiness of the PSOE government’s response to the Open Arms immigrants.

Rightly or wrongly and whisper it soft, that could be a vote-winner, not a loser.

THERE are worse things than the prospect of Irene Montero with a government vice-presidency and responsibility for Social Rights and Equality.

Montero, also Podemos spokeswoman, will be remembered by many for her insistence in the past on using the totally unnecessary ‘portavoza’ for spokeswoman, such is her devotion to equality.

With a degree in Psychology and a master’s in Educational Psychology she has been the partner of Podemos supremo Pablo Iglesias since 2017 and is the mother of their twin sons and a daughter Aitana born earlier this summer.

Montero’s vice-presidency was, is, and will be one of Iglesias’ requirements for supporting Sanchez.

Nothing could be worse than a November general election that would do few favours for Pedro Sanchez and even fewer for Podemos.  Not even having to endure to by-blow words like ‘portavoza.’

THE Partido Popular, with Pablo Casado in charge, obtained its worst-ever general election results last April, taking only 66 seats in the national parliament compared with 137 in 2016 and losing 3.5 million votes.

Not to worry, though. Bolstered by the nominally Centre party Ciudadanos and Ultra-Right Vox, the PP now governs a total of 21.7 million people in Madrid, Murcia and Andalucia, despite not being the most-voted party in any of these regions.

This was never a question of arithmetic, nor a triple-decker equation or even differential calculus.

Casado’s feat is closer to quantum mechanics which nobody understands, but which get amazing results.

It all adds up

The PP and Cs should run on the same ticket in future elections, together with Vox, Casado suggests.

Rivera has so far shown little enthusiasm, and why should he?

Why stick his neck out and possible repel future votes from Cs’ backbone of Centrist voters?

He’ll get his cake and eat it too.