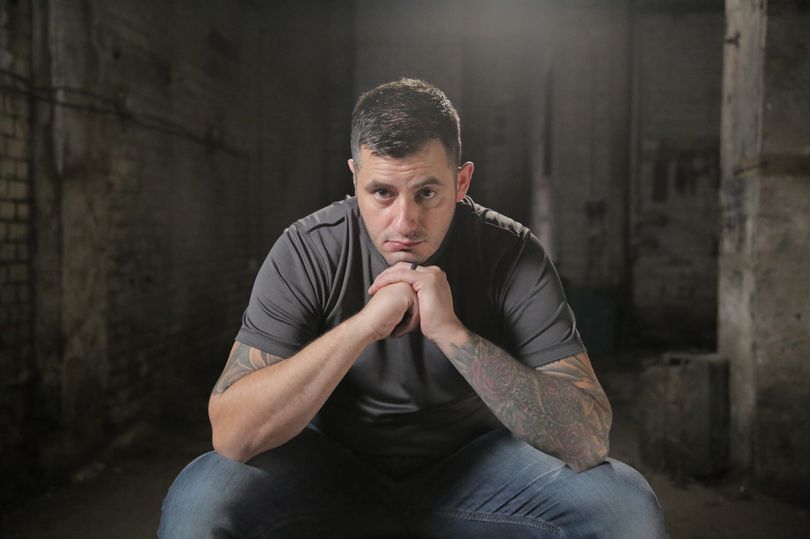 RUINED: A man was jailed for three years for a crime that he did not commit in Magaluf. CREDIT: Alaska TV

A MAN jailed for a crime he claims he did not commit has spoken of his hell behind bars.
British man David Todd claims he was wrongly identified as an offender and convicted despite his friend finally owning up to the crime.
David was on holiday in Magaluf when a fight with a club bouncer resulted in him serving three years for GBH.

The TV programme, Young, Dumb and Banged Up in the Sun, features the story of David, from Bristol, who says the experience ruined his life.
On the last night of his holiday, a fight broke out between his friend and a bouncer in which the bouncer was blinded when his friend hit him with a bottle.

As the fight broke up the bouncer targeted David as he believed that he was guilty of the attack. David was beaten and, when the police arrived, was arrested and subsequently taken to court where he was charged with grievous bodily harm and faced a prison sentence of up to 13 years.

David was jailed in Palma, along with murderers and hardened criminals, and faced beatings during his time there.

The friend who had actually attacked the bouncer ultimately confessed to David’s father and flew over to Mallorca to set the record straight.

David thought the confession would result in his release but during an identity parade, the bouncer pointed out David as he believed he had carried out the attack. His friend returned to the UK and David was told he would face 13 years in prison unless he paid 65,000 pounds for a shorter sentence .

David’s father managed to take a loan and sell everything to raise the money and David spent two months in a Madrid jail before serving the remainder of his three-year sentence in the UK.

David missed out on his son’s first three years, he missed his wife, and went through hell for a crime that he did not commit.

In the programme he says: “I’ve got a message for the doorman: you got the wrong guy and totally ruined my life. I don’t know if I could ever forgive you.”