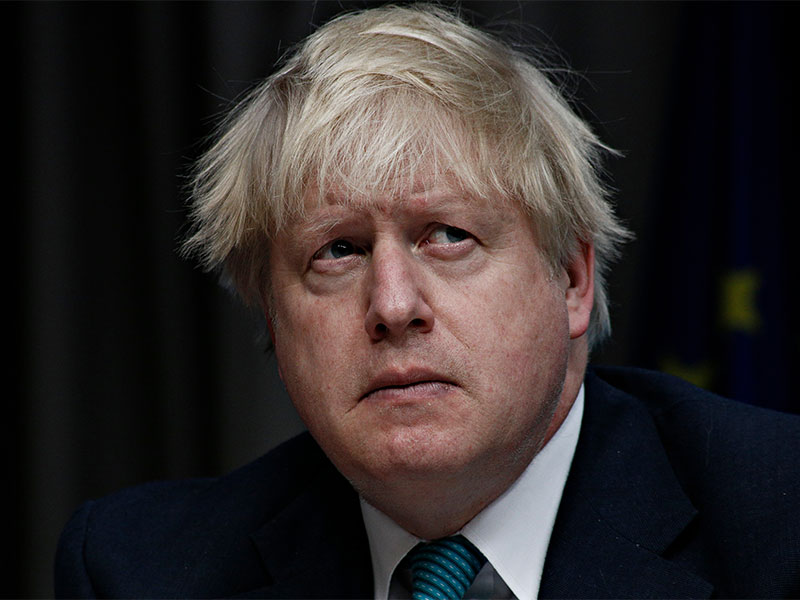 CAN no one rid us of this turbulent blot? This whole Brexit debacle, which has, among other international embarrassments, made us the laughing stock of Europe, has actually achieved at least one positive result; it has finally revealed the true nature and motives of our so-called leaders.

The whole fiasco has very little to do with the British public, and certainly no connection to our democracy. It is purely a battle royal between the privileged few. Arrogant elitists who, in the main, have no interest whatsoever in how the public think or act, unless it somehow threatens their own self-centered ambitions.

These governmental manipulators, particularly the remoaners, have shown us they will sink to just about any level to protect their vested interests. I also find it interesting in the way they are insisting Boris asks for a further extension.

How can they be so sure that the EU will comply? On numerous occasions the EU leaders have told us they will in no way grant us more time. Could it be the ‘old boys’ club’ knows something we don’t? No whiff of possible collusion there surely? Heaven forbid we should suspect them of anything as devious as that! Well, be that as it may, you can rest assured many among them have plenty to lose. Over the years dozens of MPs and peers have collectively received millions in EU subsidies.

Forty-eight wealthy farmer/landowners claim 5.7 million a year from the EU. Over 30 former MEPs and officials in the House of Lords draw up to €500,000 a year in EU pensions. Many have taken an oath of loyalty to the EU not to attack the old institution. (Yep!) Among them is the utterly useless Neil Kinnock (87,000 PA), Lord (Mandy) Mandelson (34,000 PA), Lord Tugendhat (41,000PA) and so on.

Company leaders also put their narrow vested interests before the UK’s overall economic interests, mainly because they know they will have to pay more wages should we leave the EU. At the very least these people are guilty of a conflict of interest and should undoubtedly be barred from any crucial voting in these matters.

Nope, sorry folks, I’m afraid your political preferences really don’t enter into it. The only democracy these people understand is the one that concurs with their own selfish sentiments, and they will do anything to frustrate Brexit – or anything else that may threaten or interfere with their own lucrative ambitions.

Well I’m here to warn them to be careful what they wish for. What these parliamentary conspirators don’t understand, is that by trying to destroy Boris Johnson, they are taking away what could finally be a resolution to the whole sorry mess. For the first time since the referendum the public can see some light at the end of the tunnel and they won’t take kindly to seeing it snatched away yet again.

It is not the public who are the instigators of all the confusion and chaos; we made our minds up three years ago. It is the politicians who are the problem. As usual!