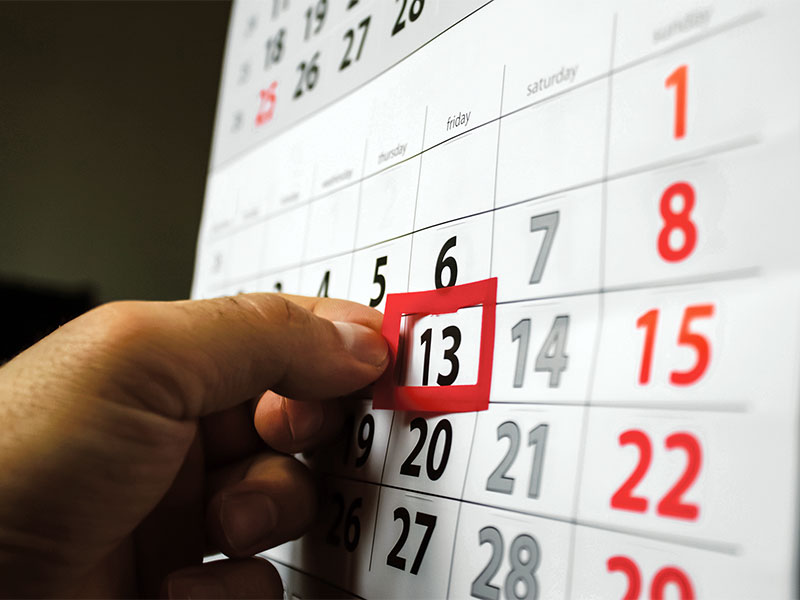 It's Friday 13th, but in Spain you have nothing to fear today. image: wikimedia

Friday 13th. Rumours and superstitions surround this date in history, regarding both the number 13 and the day Friday.

From a Norse myth (12 gods and their uninvited, 13th doom-laden guest); Biblical references (Judas Iscariot, who betrayed Christ, the 13th diner at the Last Supper); medieval dastardly deeds (on Friday October 13, 1307, King Philip of France arrested and put to death the revered Knights Templar for their Holy Grail secrets and wealth) to more modern times (Friday was the traditional day for public hangings in Britain with supposedly 13 steps leading up to the noose).

And how is fear of the number 13 demonstrated today? Some airports have no gate 13. Some planes have no row 13. Hotels regularly have no floor or room 13.

But if not the result of just plain old coincidence, some past ‘Friday 13th tragedies’ were actually planned to feed into the mythology. I’m thinking here of the ‘Friday the 13th virus’ programmed to delete IBM computer files across Britain on that day in January 1989. Bad luck had nothing to do with it.

Pick any date in history and you’ll have a massive list of genocide, murder, rape, greed, natural disasters, fear and loss. Bad things happen every day. It’s just that, if something happens on Friday 13th, it sticks in our minds because we’ve all been brainwashed to believe it’s bad luck. In fact, in some countries like Italy, 13 is lucky while in Spain, it’s Tuesday the 13th that’s unlucky!

Finally, a few positives. Hollywood officially arrived on a Friday 13th. The Hollywood sign (originally advertising ‘HOLLYWOODLAND’) was unveiled on Friday July 13, 1923. Built to advertise a housing development, it’s since become one of the world’s biggest tourist attractions. As for the UK, the first nudist colony was founded on Friday June 13, 1930: the North Devon Club in Metherell opened and Britons were allowed to let it all hang out.

If you’re still spooked this Friday 13th, maybe you’ll be even more spooked on October 31st: Brexit day. Halloween will never be the same again…