Boris Compares Himself To The Incredible Hulk 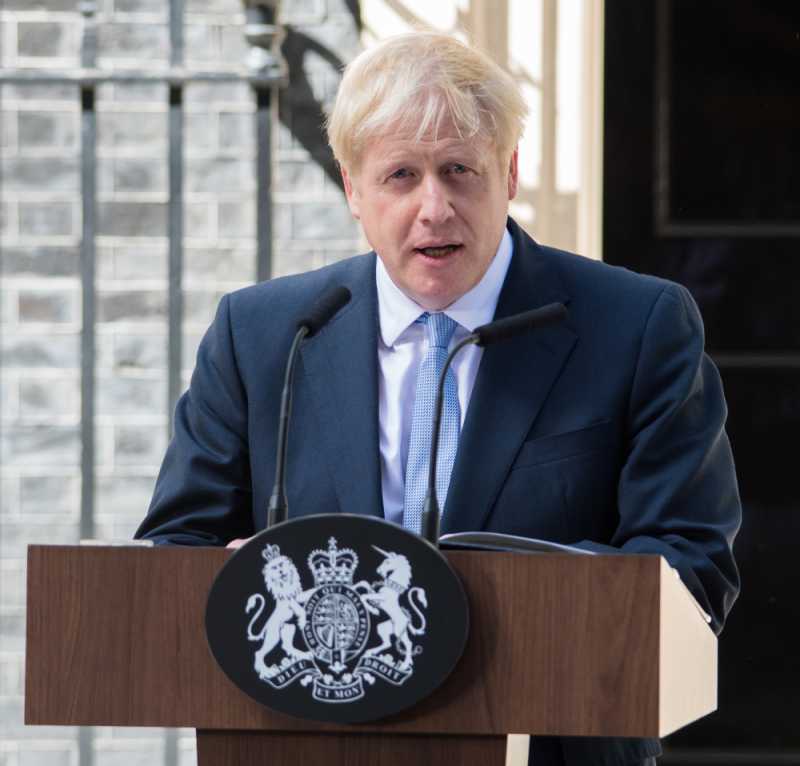 Boris Compares Himself To The Incredible Hulk Credit: Shutterstock

British Prime Minister Boris Johnson has likened himself to The Incredible Hulk, saying “the madder Hulk gets, the stronger Hulk gets” as he stressed his determination to take Britain out of the European Union with or without a deal on October 31.

“Hulk always escaped, no matter how tightly bound in he seemed to be — and that is the case for this country. We will come out on October 31,” he said to the Mail on Sunday.

British MPs have previously have always rejected Mr Johnson’s predecessor Theresa May negotiated with the EU, and this month rejected leaving without a deal on October 31 and the date gets nearer each day.

Mr Johnson said he was “very confident” ahead of a meeting with European Commission President Jean-Claude Juncker on Monday.

Mr Johnson further went on to say ” “There’s a very, very good conversation going on about how to address the issues of the Northern Irish border. A huge amount of progress is being made,”  without giving details further to the Mail on Sunday.

With this news this morning local ex pat residents were asked about these latest comments from the UK Prime Minister along Fuengirola sea front as they took their morning coffees and breakfast croissants.

Stuart Bettey originally from Portsmouth  said “Funny enough I’ve just read about that, never mind him thinking he’s the green monster, he makes me for sure the red monster! here we are living in Spain and he doesn’t give a stuff about us or any other ex pat living in other parts of Europe , sorry buts that just how it comes across”

We next spoke to Yasmin King originally from Norfolk  ” He’s not for me I’m afraid and I can’t say I’ve ever liked him, I thought Mrs May was doing an excellent job personally whilst stabbed in the back by her own party members, I’ve just had enough now of listening to all the bluff. I have lived here now 15 years and whatever they say or do I’ve given up caring and try not listening to, but yes deep down I still care, its the youngsters I feel sorry for”

David Lewis from Rhyl was far more supportive ” I love Boris, he’s trying to stand tough that’s all to show the EU he’s no roll over, he has to doesn’t he? he wants a deal deep down course he does but he’s got to stand firm to get what he wants, that’s why I’m not that concerned common sense will prevail, my only concern really is that I live here 6 months and Wales 6 months and I don’t want that disrupted, the hulk comment was obviously a partial joke with an undercurrent of a meaning”

just sort it out once and for all in our favour, at least if he was Superman he would have the right coloured pants on!”

Bridget Eason took a far deeper methodical take on matters ” It worries me deeply all this current political upheaval.Whilst I understand it’s gamesmanship it really isn’t doing the UK any favours in the global spectrum right now, doesn’t breed confidence at all does it? As we know lack of confidence for either the Country or the individual can have negative effect over so many areas without any positives. Look here in Spain as an example would you come and spend 200,000 euros say for a Villa with all this taking place? In my opinion it would be madness too. I’ve seen many of my retired friends making their way home even before we know the outcome, us old folk have many worries, our pensions our healthcare but we have no confidence at all, our children are worried about us out here and I know that’s also the same for my friends too. 3 years they have all had to resolve this and here we are supposedly just over a month left, that doesn’t give anyone confidence at the moment does it?  I wish they would stop pontificating and return us with confidence instead of hearing about all the if’s and buts it’s not fair on us the people, MPs are supposed to care about their people they represent and they don’t seem to in the majority, especially us living abroad as we do I must admit I’m very worried what the future may hold”

Robert who didn’t wish to reveal his surname said ” I’m not giving you my surname but I tell you what I’m from Nottingham I voted out and thats its as far as I’m concerned, we still remember the Tories from the miner strikes back in 83, they are not to be trusted not now not never! calls himself the hulk ? come on he can call himself Darth Vader as far as I’m concerned the blokes a total idiot.

After the chat with the colourful Robert we decided to move on for more views from the public and we entered Brads Bar on the corner of Torreblanca & Carjaval the first person we asked was the bar owner out of respect, the simple question was ” What do you think of Boris?” Andrew Bradshaw was prompt in his reply ” to be honest I think he’s okay, I think he’s standing up for us but at the same time I wonder if he’s  working against us, I just run a nice British bar here and all my customers have different opinions although from listening to my customers who are regulars both in residence or regular holiday visitors the easiest option is a peoples vote after the 3 years of nonsense we have listen to from all sides”

Is Boris the hulk or will he be the town hall mouse? the jury Ex pats clearly listening in Spain is divided at present.

We did finally ask Antonio ,born and bred in Spain to his thoughts to which he replied

” I love the Brits, I have great fun with them when they arrive as well as those who live here, it would be sad to see less of them, but right now I have just watched Spain beat Argentina in a World Cup Final so politics is totally off my mind but I can tell you I love the Brits who live here and I hope they all stay!”