Tributes to Benidorm bar owner who passed away 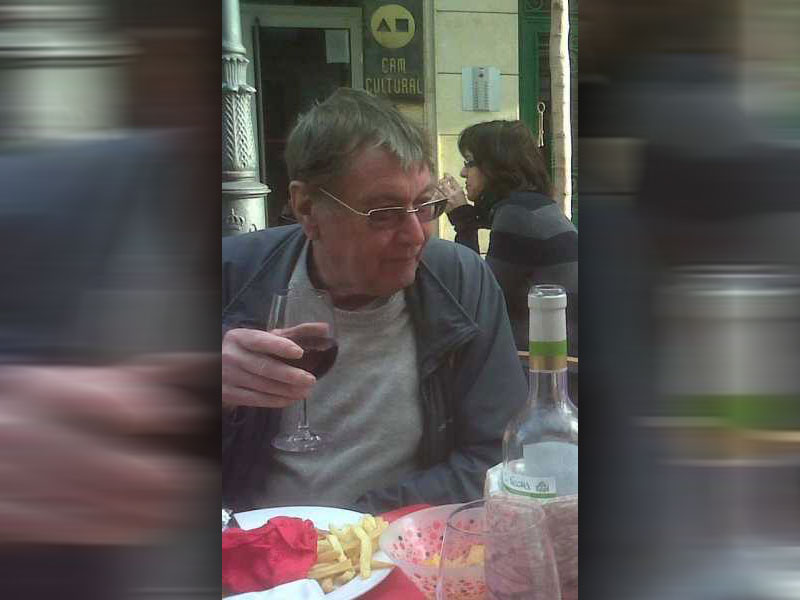 NIGEL CONSTABLE, owner of the Company Bar in Benidorm Old Town, passed away in his sleep on Monday morning after a short spell in hospital.

Nigel was a much-loved character in Benidorm and tributes have been paid on social media after it was announced he had passed away in his sleep.

Friend and Euro Weekly News columnist Barry Duke, posted on his Facebook account: “Learned with sadness today that my dear friend Nigel Constable, owner of Company Bar in Benidorm, died in the early hours of this morning. I’ll miss his wit, wisdom … and his bouts of irascibility.
“He inspired me to write many a column for Euro Weekly News, and for that I shall always remember him.”

A post on the bar’s Facebook account read: “The funeral for Nigel Constable will take place at the Crematorium at Villajoyosa next Tuesday September 24, at 12pm.

“Everybody is welcome to attend this non religious service. The family have asked that no flowers be sent. There will be a wake at Company Bar after the service.

Nigel was admitted to hospital the day before the bar received floods of congratulations for an amazing float, bearing a gigantic stiletto shoe, that it constructed for Benidorm Pride.
Nigel settled in Benidorm around five years ago, and ran the nearby Pig and Whistle before acquiring Company Bar in Calle San Miguel. Before that, he ran a gift shop in Brighton. Among his many interests when he lived in the UK was greyhound racing (he actually owned one of these dogs) and buying and selling rare stamps.
Although I lived in Brighton for eight years, I only got to know Nigel after he came to Spain and took over Company. We became firm friends.
He never ceased to amaze me with his breadth of knowledge about history, politics, literature and cordon bleu cooking and he often came up with great ideas for my weekly Euro Weekly News columns, of which he was an avid reader.
But I learned very early in my dealings with Nigel never to get him onto the subject of Spanish bureaucracy and the unfathomable regulations governing the outdoor tables and chairs of local bars. His rants on these topics could induce migraines and cause one’s ears to bleed.
His death has robbed Benidorm of a truly memorable character.