Welsh Ex Pats Up In Arms 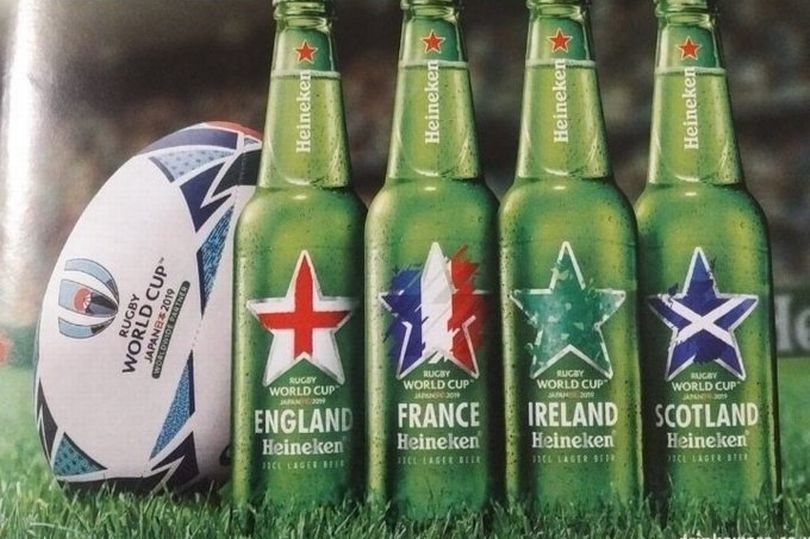 The Welsh are a very patriotic race especially when it comes to their National rugby team, with a large contingent of  Welsh Ex Pats residing across the coasts of Spain.

At present they are preparing for the pending World Cup that starts this weekend.

Wales fans preparing to fill Spanish sports bars across Spain in fine Welsh song to follow and cheer on their team in Japan, although their selection of beer choice could be up for debate.

Heineken have come under fire after Welsh Ex Pat supporters spotted promotions for the tournament in Japan with a promotion with the catchline: ‘Cheers to the stars of the match’, which features four Heineken lager bottles displaying the England, Ireland, France and Scotland rugby teams – without mentioning Wales!

The campaign has been seen on fresh beer supplies arriving into their local Spanish bars, leading to a number of irate fans airing their views.Murcia resident Rhondda valley born Terry Rosier was furious saying sarcastically ” I sure they have a very good reason why we the Grand Slam winners Wales are not included, I usually get very thirsty around Rugby World Cup time.

I’ll be sticking to the cheaper San Miguel!” Cardiff born Vaughan Williams currently living in Alicante really wasn’t happy at all ” Well that’s it, I have drunk my last Heineken – so disrespectful to Wales, we won the Grand Slam for gods sake!” he said.

Whilst further down the coast Dave Lewis fired off ” is that not just typical, as a small nation we are used to it by now but you just wait until our boys start firing on all cylinders we will show em” Fuengirola resident Dai Thomas originally from Caerphilly stated ” Who on earth do you they think they are?, we smash England on a regular basis knocking the wheels off their chariot and they leave us off the bottles!”

But Heineken, who have a long association with rugby in Wales as the first sponsors of league rugby back in the 1990/91 season, insist they are backing Warren Gatland’s side as much as the other home nations.

A spokesperson for Heineken told the Euro Weekly News “We’ve been proud Rugby World Cup sponsors for many years. We never take sides – we want to inspire fans to support their team.This year we have limited edition bottles for every country taking part in Rugby World Cup and these are being used in our adverts”