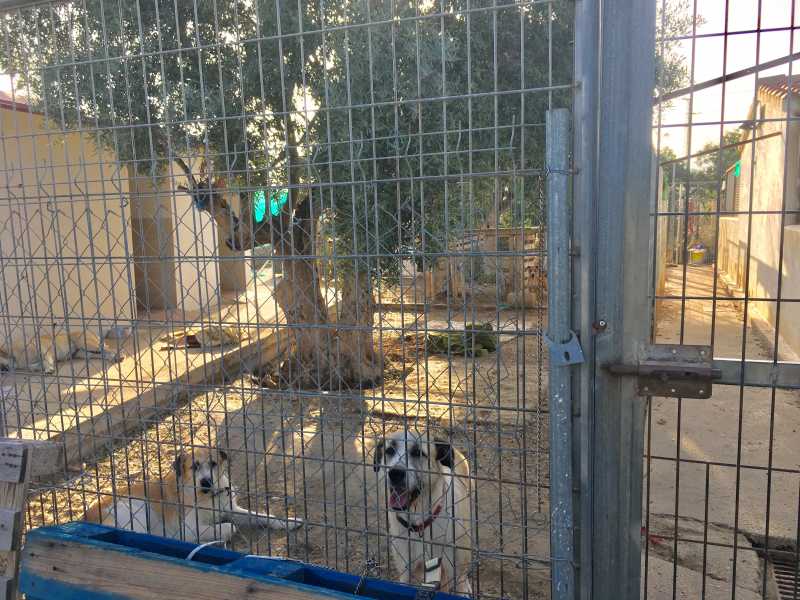 COSTS: An average of €9,500 a month is needed to keep the PAWS-PATAS shelter operating (inset 1), which is taking in new animals all the time (inset 2). CREDIT: Chrissie Cremore PAWS-PATAS

KEEPING the PAWS-PATAS animal shelter “wheels turning” takes a considerable amount of cash, perhaps more than some people realise.
This was the message from the animal charity’s Chrissie Cremore.
The shelter exists thanks to volunteers and continuous donations, whether from the four PAWS-PATAS outlets in Mojacar, Turre and Las Buganvillas, fundraising events or financial offers.
But when all the costs for looking after, and hopefully rehoming, all the cats and dogs the charity looks after are added up, it’s clear that finding the money to keep everything ticking over is a continuous challenge.
In order to operate, the shelter requires an average of €9,500 per month, which covers basic running costs and vet bills”, Chrissie told the Euro Weekly News.
Regular monthly expenses include €200 on water, nearly €400 on electricity and more than €40 on telephone and internet. And then there is all the expenditure on the animals themselves.
On average PAWS-PATAS spends more than €250 on each dog in its care what with initial vet’s consultations, vaccinations, microchipping, pet passports and neutering.
Cats have to go through the same procedures, the costs typically totalling just under €220.
The charity does receive a fair bit of donated food, but has to buy a lot itself and cat litter. At the same time, PAWS-PATAS is taking in new animals all the time,
“We have found as many as eight kittens and six puppies abandoned at our gates overnight, and all requiring urgent attention and medication over a period of time”, Chrissie told EWN.
The shelter is, Chrissie said, “constantly choc-o-block”, and the charity is hugely grateful to all those who ‘foster’ the animals it does not have space for.
What’s more, PAWS-PATAS has to find the cash to maintain its van and to pay for the constant upkeep on the shelter, plus it is currently trying to rebuild some of the old kennels, raise funds towards building a new quarantine block and hopes to buy a new van next year, Chrissie explained.
“Obviously without the help of volunteers who work in the outlets and at the shelter PAWS-PATAS would not exist”, she stressed.
Not only do they give their precious time they receive no payment for petrol money when taking volunteers from the shelter shopping or generally running around with various daily errands that are required. Organising fundraising events, collecting raffle prizes and keeping profile awareness via general and social media also takes time and effort.
“And we are constantly aware of maintaining transparency in all our activities and where each precious euro is spent: every euro we spend is accounted for and logged”, Chrissie made it clear.
PAWS-PATAS always needs more volunteers to help in many different ways, including administration work which can be done from home. For further information or to donate see the charity website www.paws-patas.org or email [email protected]