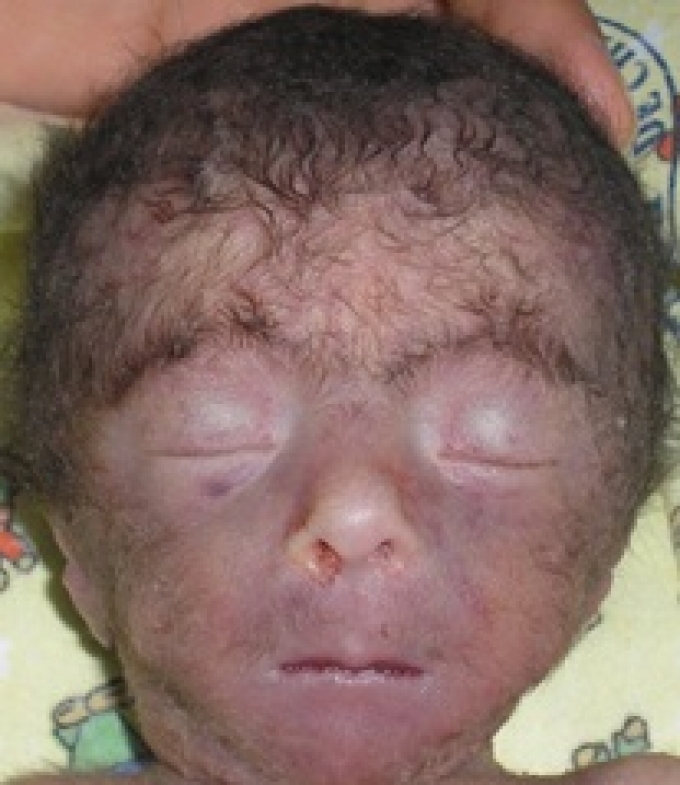 Spain’s drugs regulators have been investigating cases of hypertrichosis in children causing werewolf features.
This summer, the Spanish Pharmacovigilance System for Medicinal Products for Human Use were notified of 13 cases of hypertrichosis in children associated with the use of master formulae containing the active substance omeprazole from the Malaga-based company Farma-Química Sur S.L. The source of the active substance was the manufacturer Smilax Laboratories limited, located in India.
Hypertrichosis is an abnormal amount of hair growth over the body. The two distinct types of hypertrichosis are generalized hypertrichosis, which occurs over the entire body, and localised hypertrichosis, which is restricted to a certain area.
After an analysis was carried out by the Spanish Agency for Medicines and Health Products, it was found that a particular batch had been mislabelled and the product actually contained minoxidil rather than omeprazole.
In light of this, warnings were issued and several batches were removed. The responsible company was also suspended from activities related to the manufacturing, importing and/or distribution of pharmaceutical active ingredients.
The batch was recalled from the market on 11th July and the Agency coordinated with the three autonomous regions where cases were reported: Cantabria (10 cases), Valencia (3 cases) and Andalusia (4 cases) – to contact other individuals who may have been affected.
At the beginning of August, a report of another case of hypertrichosis was received, associated with the master formula prepared with another batch of the same active ingredient omeprazole, and from the same company.
After its analysis, the presence of minoxidil was again confirmed. On 6th August, the Spanish Agency of Medicine issued a new warning as a preventative measure, expanding the recall of those batches produced by the company.
Following this incident and the inspections carried out at its facilities, Farma-Química Sur S.L., has had its registration to carry out manufacturing, import and/or distribution activities of pharmaceutical active ingredients suspended since July.
Like the UK’s MHRA Yellow Card system, any individual in Spain can report suspected adverse reactions.
Dr Francisco Abad Santos from the Clinical Pharmacology Service at the University Hospital of the Princess of Madrid Said that “the Spanish System of Pharmacovigilance, which is similar to that of other European countries, has announced that any healthcare professional, or even any citizen or patient, may report suspected adverse reactions via the yellow cards – which is now done online on the Internet. The system, which is based on spontaneous notification, covers all marketed drugs and all exposed patients.”
He continued: “Although it is compulsory for healthcare professionals to report all suspected adverse drug reactions, the main problem is under-notification (it is estimated that only 10% of cases are reported). This is partly due to the difficulties that may exist in warning about some unknown or uncommon adverse reactions,” he added.
After the investigations, the Minister of Health María Luísa Carcedo said that “there was an error in packaging, as the drug minoxidil was inserted into packaging labelled as omeprazole”.
The cause of the specific error is still under investigation but is suspected to relate to managerial flaws within the company.