Meet your idols at prestigious film festival in Marbella 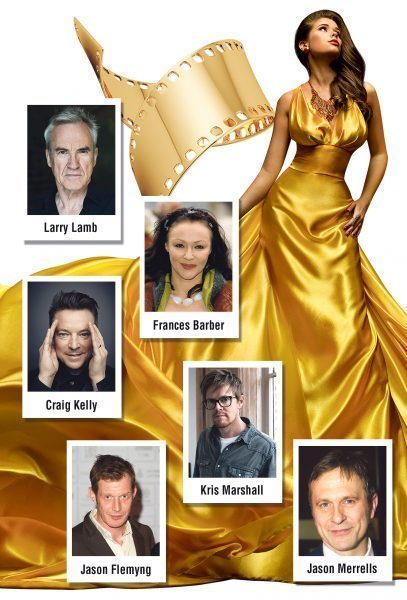 RUB shoulders with the stars and feel like a celebrity at the Marbella International Film Festival as a guest of the Euro Weekly News.

There will be movie stars and TV stars galore at the most glamorous event in the calendar and you can join us for the gala dinner and awards ceremony.

Put on your glitziest gown or tuxedo and enjoy a cocktail reception followed by a five-course dinner including wine and entertainment.

You will meet all the stars including Larry Lamb, Kris Marshall, Jason Flynn, Frances Barber, Craig Kelly and the cast of the Rise of the Foot- Soldier plus many more actors, film directors and producers.

The Gala Dinner and Awards Ceremony takes place on Sunday, October 6 at 8.30pm and goes on to midnight at the H10 Andalucía Plaza, Puerto Banus.

Normally a table for 10 people would cost €1,800 but for guests of EWN and sponsors of MIFF a limited number of tables are being offered at €1,500.

Five lucky companies can be featured in the menu programme and enjoy a special photo shoot with the stars for just €2,000.

It’s never been a better time to enjoy the Marbella International Film Festival including red carpet events, film workshops, VIP parties and the excitement of the red carpet.

You’ve seen it in the newspapers and on TV and now’s the chance to enjoy the Marbella Film Festival in person.

This will be your chance to meet your idols.

The excitement starts on Wednesday, October 2 with the opening inauguration at 5pm at the MIFF Teatro Goya in Puerto Banus.

From the Thursday to Sunday there will be networking opportunities between 11am and 12pm daily at the Festival Hall of the H10 Andalucia Palace Plaza Hotel.

The party moves to the Bless Club, Golden Mile, Marbella on Friday, October 4.

On Saturday, October 5 the stars will be out for the Trick or Treat world premiere after-party at Kah Club, Neuva Andalucia.

The climax of the festival will be Sunday, October 6 with the Cocktail reception at 7.30pm followed at 8.30pm by the fabulous Gala Dinner and awards ceremony at H10 Andalucia Plaza Puerto Banus.