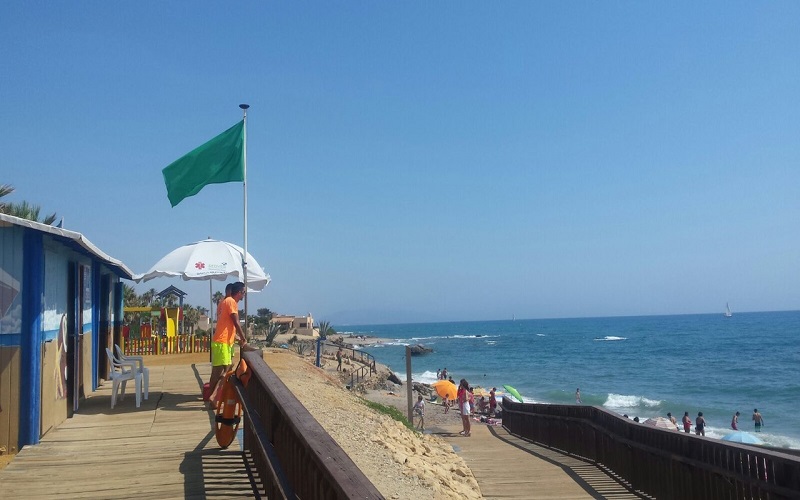 MOJACAR has had another bumper summer.
The municipality’s main hotels said the peak holiday months were as good as or even better than last year’s “exceptional” high tourist season, Mojacar council reported following a meeting between the managers, Tourism councillor Emmanuel Agüero and the new director of the Marina de la Torre Golf Course.
Hotel occupation levels in August were close to 100 per cent and just over 90 per cent in July, according to the local authority.
The administration maintained that a major British tour operator, with whom the town and province has an ongoing promotional agreement, had this year doubled the number of holidaymakers it brought to the region from the UK and Ireland.
The council also commented that hotels were pleased that many of this year’s visitors have been families.
“Increased numbers have seen Mojacar fare extremely well compared to other destinations, bringing economic stability despite the global tourism recession forecasts at the start of the year”, the local authority stated.
The council put Mojacar’s appeal down in great part to what it said were quality hotels, matched with a variety of sport and leisure options and council-organised entertainment.
It also pointed to the success of tourist companies’ and local, provincial and regional administration promotional campaigns in attracting national and international visitors to the area.
The local administration and the hotel chains are looking forward to similar success next year, the council reporting there are already reservations for 2020, and a high level of interest in visiting in spring and autumn.
Further signs the local tourism sector is doing well include the 8,000 direct enquiries at the Mojacar tourism office and the more than 6,000 by telephone and internet, more than 1,400 up on last year. There were also 28,000 visits to the Mojacar website in August and a dramatic increase in the number of visitor reviews on Google.
Emmanuel Agüero told the hoteliers the council will be making a significant investment on infrastructure before Easter, including beach walkways, rescue and lifeguard units and beach accessibility.