Emergency action on mozzies in Almeria 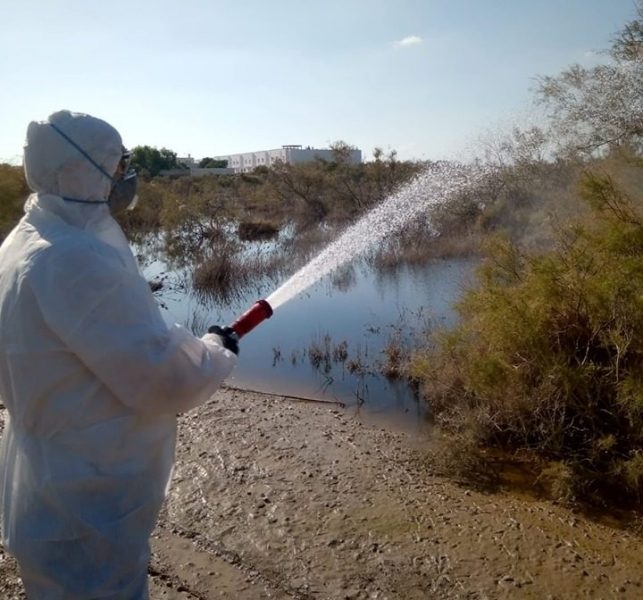 ALMERIA council has taken emergency action to get rid of plagues of mosquitos.
The city authority agreed as an exceptional measure to contract a pest control company to deal with the swarms of mozzies which have appeared in many areas following last month’s torrential rains and flooding.
The council has taken on the firm until the end of the year at a cost of nearly €86,000.
The company has already started on treatments in La Fabriquilla, La Almadraba, Cabo de Gata, Pujaire, Retamar, El Toyo, El Alquián, La Cañada and Costacabana.
City Environment Sustainability councillor Margarita Cobos said the company was carrying out urgent treatment followed up by maintenance in a combined area of some 300 hectares. Also that the treatments would be Monday to Friday, but also at weekends and on public holidays if necessary.
As well as mosquitos, the treatment is aimed at controlling flies and rodents.
The councillor explained the company uses a full range of equipment and vehicles, including jet sprays, boats and drones, but “always respecting the environment and providing the necessary information on actions to residents.”
She said the council expected a “return to normality” as water continued to go down in the most affected areas, while at the same time the “mosquitos creating such a nuisance” are eliminated.