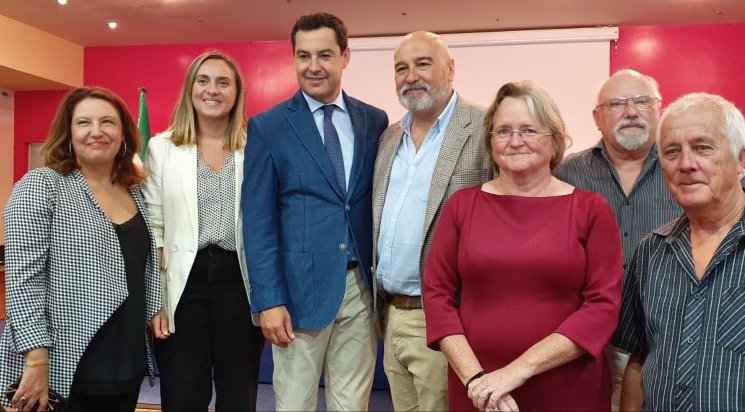 Andalucia Council politicians and homeowners are celebrating a breakthrough in the deadlock over illegal developments.

For decades homeowners across Andalucia have found themselves trapped in a legal vacuum because their house or flat has been built illegally.

Many thousands have faced an array of problems including having no deeds to their property and being unable to connect to water and electricity and, in some cases, facing demolition.

Buyers purchased in good faith but later discovered their dream home in the sun had been built without authorisation.

In many cases homeowners had official documentation signed by relevant officials allowing the development only to find the paperwork worthless.

Now the Andalucian regional government has introduced legislation which creates a framework for the regularisation of, the vast majority of these properties.

This translates to Decree containing urgent measures for the environment and territorial adaptation of irregular houses in Andalusia, came into force on 26th September.

The new legislation allows all owners of an irregular home – except when the property is less than six years old, on protected or flood risk land, or subject to ongoing planning breach proceedings – to apply to their town hall for their property to be granted authorised status which is officially known as assimilado al regimen de fuera de ordenacion (AFO).

With this status the property can then legally access available services and be included in the registration of the property at the Land Registry.

This offers an immediate way out of the legal vacuum that has trapped homeowners for decades.

The Decree also allows town halls to regularise estates without having to wait nine years for a town plan to be approved.

Whilst some would classify the decree as an amnesty, and it is certainly ambitious in its scope, the costs of an AFO and the special plans must be met by the homeowner.

The homeowner must also ensure that measures are in place to minimise the impact of the house on the environment.

Gerardo Vazquez, legal advisor of the AUAN, and spokesperson of CAJU, a national coordinating body for associations seeking justice in planning matters, said: “The Andalusian government is to be congratulated on working on this issue in record time. It is brilliant to see such a firm commitment to change matters. To me it is a breath of fresh air in planning matters.”

Maura Hillen,  president of the homeowners campaign group AUAN (Abusos Urbanisticos Andalucia NO) welcomed the decree. Saying: “It has been a long and difficult road for homeowners and I am glad that the recent change in the government of Andalusia has brought new impetus and new eyes to this issue and I thank them for listening to concerns and proposals.

“The decree is not a magic wand solution but it is a practical and workable one which gives the majority of our members a way out of a situation that was not of their making.  I am happy with that. The rest is up to homeowners to study their options and act accordingly.”