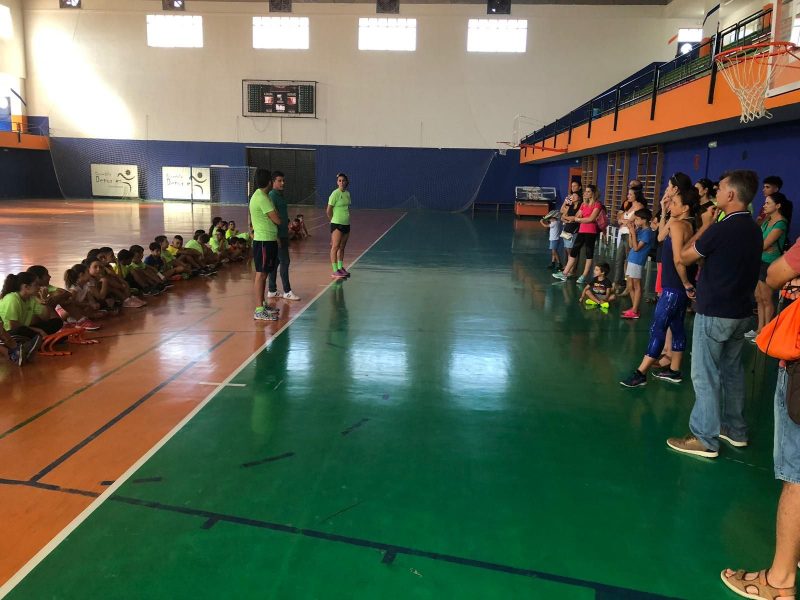 SPORTS and leisure time schools and workshops in Huercal-Overa kicked off for the season last week.
Organised by the council’s Youth and Sports department, the line-up of options this year include a theatre workshop, which will also be staged in the San Francisco, El Saltador, Nieva, Urcal and Overa outlying areas, and a fun science and technology workshop.
Youth and Sports councillor Alejandro Campos told parents and children at the launch of the activities that he hoped “you enjoy doing sport, that it is a part of your daily life, and that you make the most of the opportunity to acquire new knowledge, skills and positive values in the workshops.”
The local authority reported there had been great interest in this year’s activities among local children and teenagers. Places for some of the workshops were taken within days, the council said; the length of waiting lists prompted the creation of new groups.
Sport and games schools in Huercal-Overa this season are football, athletics, five-aside football, basketball, volleyball, rugby and chess. The sports workshops are ballet (contemporary dance), tennis, karate, artistic swimming, skating, self-defence, badminton, paddle tennis, squash and table tennis.
There are also collaborations on judo and rhythmic gymnastics.
In addition to theatre and science, the youth workshops include English, French, art, guitar, cookery, music and salsa.
The councillor said his department was open to suggestions for new workshops with the “aim of offering the workshops which meet the demands and expectations of children and teenagers and to continue improving.”
Registrations remain open until places run out, with the possibility of increasing groups if demand makes it necessary.
Anyone interested can sign up on the www.deportes.huercal-overa.es website or at the municipal sports pavillion.