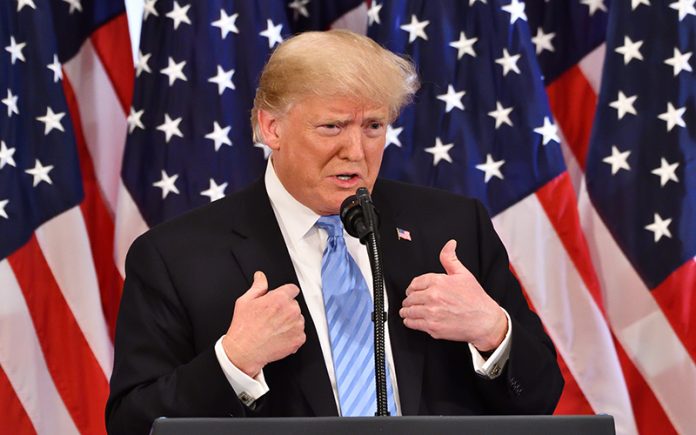 In his book, John Bolton claims that "US President Donald Trump prioritised his re-election and his family ahead of the national interest”. CREDIT: Shutterstock

SPAIN is one of the countries that will be most affected by Donald Trump’s decision to start imposing tariffs on a range of EU goods.

The United States government has announced that it will impose tariffs on products imported from the European Union from October 18, following a ruling by the World Trade Organization (WTO).

Among the products that will be affected by the levies are fresh cheese, olives, olive oil and pork products of Spanish, German and British origin, as well as wine.

The countries most affected by the levies will be France, Germany, Spain and the United Kingdom, the “four countries responsible for illegal subsidies,” explained the US’s Foreign Trade office.

In a long-awaited ruling, the WTO determined that Washington could impose trade sanctions worth $7.5 billion (around €6.9 billion) a year on the EU, but the Foreign Trade Office explained that, for the time being, tariffs of 10 per cent will be imposed on large civil aircraft that the EU bloc sells to the US and 25 per cent on certain agricultural products.

France has been the first to warn that measures will be taken if the US applies the announced tariffs. “Obviously, we foresee retaliatory measures” agreed with the EU, said French government spokeswoman, Sibeth Ndiaye, without detailing these possible measures. “I regret that we are involved in this trade war with the United States, because with it, there are few possibilities for collective growth,” she said, stressing that the situation “does nothing for anyone. “We have always said to the US, for months, that we believe it is better to find friendly solutions than to enter into trade disputes,” she said.

The WTO determined that the US aircraft manufacturer Boeing lost the equivalent of $7.5 billion dollars in potential sales due to illegal subsidies given by EU governments to its European rival Airbus.

France, Germany, Spain and the United Kingdom offered Airbus financing at a lower interest rate than the market rate, allowing the company to develop some of its newer and more advanced models.  Airbus has a factory employing 3,400 people in Getafe (Madrid).