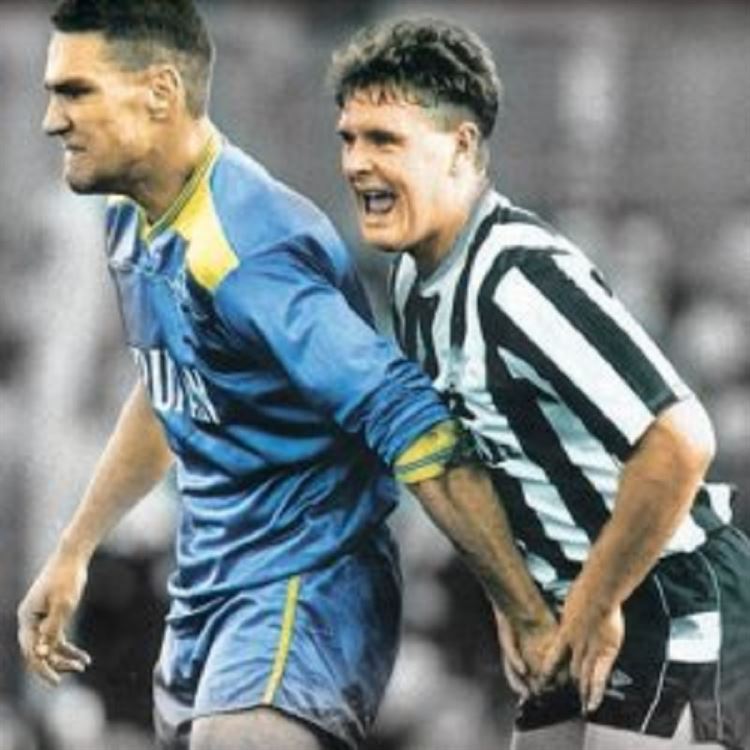 Hardman Vinnie Jones wept tears of emotion as he revealed the tragic but tender moment his beloved wife Tanya of 53 passed away.

The hardman footballer started his career in the lower leagues with Wimbledon FC under the guidance of owner Sam Hamman and winning the FA Cup in what was probably still the biggest FA cup final shock, then went on to play for Leeds and Chelsea and the Welsh National team.
After football retirement, Jones became an actor playing many hard man roles but as all good men have a woman “rock” behind them and Jonesy’s was Tanya who followed Vinnie to LA.

Vinnie has  told in heartbreaking detail how he gently kissed his soulmate and told her “I love you, I love you.”

Tanya was in her favourite navy Ralph Lauren pyjamas and surrounded by Vinnie and five family members, which included Tanya’s daughter Kaley, 32.

Tanya had finally succumbed after a brave six-year battle with three forms of cancer as well as a heart transplant earlier in her life.

Jonesy poured out tears but still managed to smile as he revealed Tanya’s courage and told of their precious final days at their home in LA.
“She was the light of my life. I will never be with anyone else.” Jonesy said.

Jonesy said as Tanya passed away he felt her soul lift and go to heaven and later that night he sensed her presence in the form of white light in the sky.
He further went onto say in his interview with the Daily Mirror whilst in Tanya’s home town of Watford

“I never told her she was dying. We never spoke of that, I didn’t want her to know.

“But she kept saying ‘take me home. Can I go home now?’ She desperately wanted to go home.

“So did she know? Probably. In the hospital, I slept there every night and Kaley would come every morning.

“She has never ever slept one night in the hospital without me there. I have always been by her side.

“On the week of her death, the doctors said very nicely: ‘These are your options, we don’t know if it is going to be months or weeks’.

“So we took her home. Straight away she was on the oxygen. Then she was on fentanyl. We got some beautiful innocent moments in those last days.

“She would try and get out of the patio windows or she would wake up and look and me and go: ‘You… you know.’ Some of the moments would make you laugh.

“These were very special moments.”

Jonesy further went on to tell the Daily Mirror “Describing the moments before she died on July 6, Vinnie went on: “I woke up to hear this coughing. I had read a lot of books, you don’t want to read them but you do, and I knew what that coughing meant.

“I flew up and went into her room. She was gasping for breath for about 25 minutes. We got everyone in the room, Kaley, her parents, her brother. We were all there. The nurse was giving her morphine.

“We knew it was the end, we were cuddling her. I kissed her a lot and told her I loved her. I kept saying: ‘I love you, I love you.”

Such a sad story but told with great dignity by Jonesy who is admired across the world.

We the Euro Weekly News, contacted by telephone former Wimbledon owner Sam Hamman in the Lebanon who gave Vinnie his break with Wimbledon back in the day.

Sam said  “Vinnie is a top man and Tanya was a lovely lady, they made the perfect couple, whilst Vinnie always hit the headlines Tanya was the rock behind me him all the time. Vinnie was a leader on and of the pitch, he must be very lost without Tanya but thankfully he has a magical inner strength”