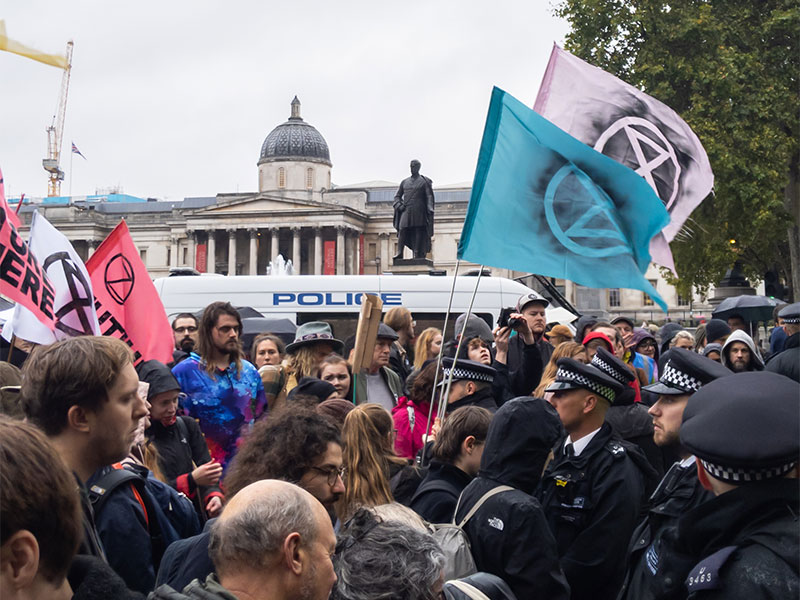 Monday morning and once again the latest group of ill mannered, arrogant and self styled protesters will be taking to the streets of London.

Of course Londoners gratefully note that so far they have not actually started to set off explosions as many of the protesters of one cause or another often does actually maiming and killing Londoners. Instead we have to make the commute to and from work despite them. They would argue that they are saving the planet.

Most of the rest of us though sympathetic of the notion would actually like to get on and do our little bit to keeping the whole show on the road while actual and real solutions are developed and deployed.

We are promised at least two weeks of disruption while the protesters signal their virtue and add to the degradation of daily life. Happily the police is seeking to disrupt the protesters plans; recently confiscating their mobile kitchens and supplies. I suppose the protesters could readily order take away meals? A huge variety is available in London all delivered in plastic containers by bicycle, scooter and car so no one will actually go hungry I hope.

Autumn is here and that usually means gales and much rain. A nuance introduced in recent years has been to elevate these autumnal gales. By naming these remnants of tropical storms and hurricanes with the names given them by American meteorologists. So the usual procession of gales now have names.

Of course where the rain falls has nothing to do with their names; however the Metropolitan Police and probably most Londoners are of the view that the best way to clear and clean the streets and bridges of London is for Police Constables “Rain” and “Wind” to make themselves well known in  London over the coming weeks.

The trees are shedding their leaves, the many deer of many species resident in London parks are in full voice, well actually the stags are. Bellowing their health and strength to the world at large and to their females in particular. While the traffic rumbles in the distance and the jets float past far over head a natural call to life happens each year in its season. In the midst of a major international city nature carries on.