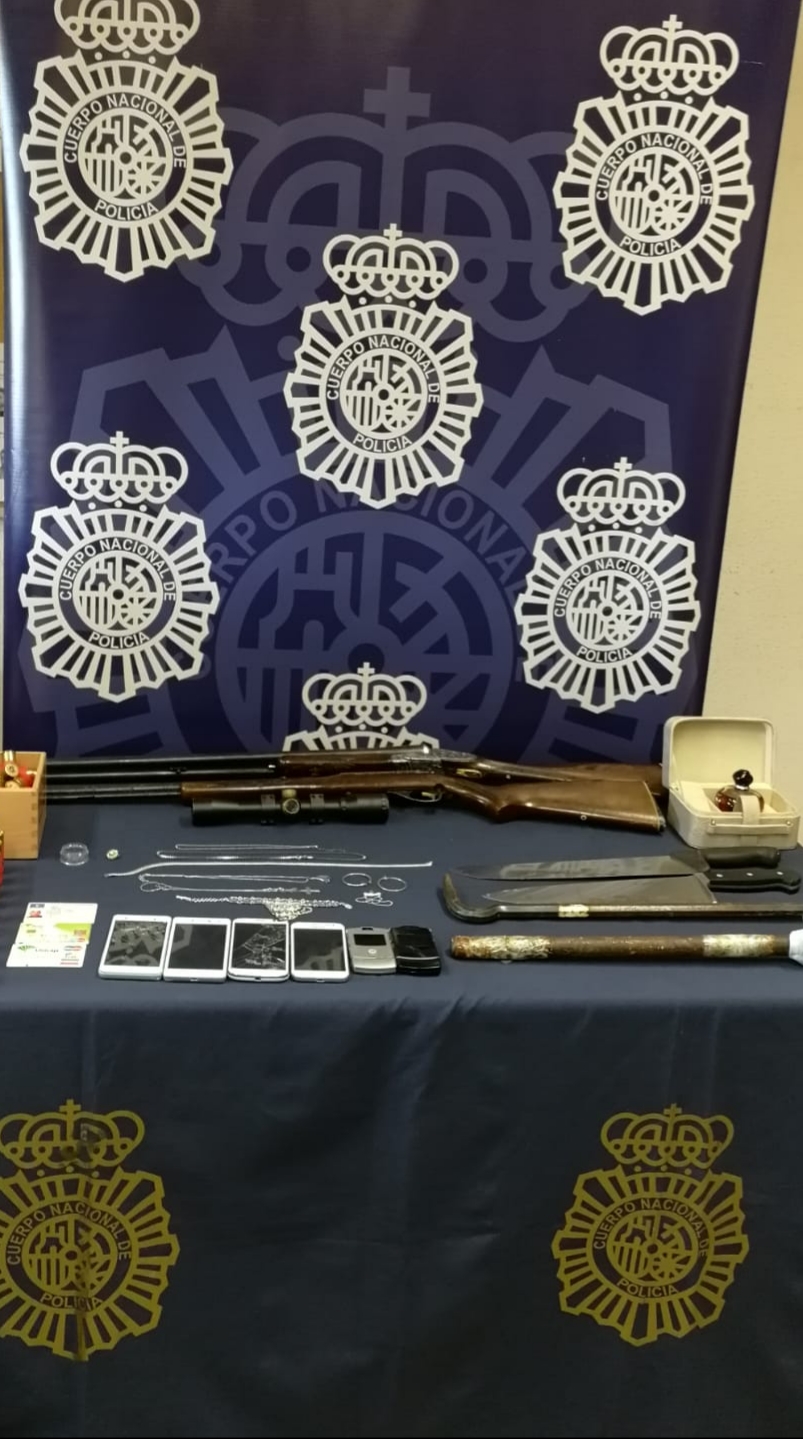 part of the haul found by police

ARMED robbers believed responsible for attacks on homes in Malaga and Fuengirola have been arrested by police.
National Police have arrested two alleged members of a criminal network that has committed robbery with force and illegal possession of weapons.
So far, they police have attributed five robberies in Malaga and one more in Fuengirola to the gang based in the northern part of Malaga. They travelled to other parts of the city and its province to carry out the assaults.
Its objectives were mainly villas and houses located in quiet areas. Each of the gang members played a specific role within the plot.
Two were responsible for entering the houses and stealing, the third was responsible for perimeter surveillance and to provide the getaway.
The investigation began months ago when the agents detected that a criminal network was operating in the Campillos area.
After several inquiries, the researchers found out that the plot was composed of three young Spanish people.
Once identified, the agents verified that the network, based in the northern zone, was moving to other places both in Malaga and in its province, specifically in Fuengirola, to carry out its illegal activities.
The gang located houses whose inhabitants were absent. Once the house was controlled, they forced the entrance door lock. Once inside they stole mainly money and jewelry.
Then they fled the place with the loot. Likewise, they verified that the assaults were carried out by two of the members, while the third monitored the zones and protected the escapes. And they acted during the afternoon hours.
Based on the information obtained police arrested a 24-year-old man and a 19-year-old woman for their alleged involvement in the robberies, belonging to criminal group and illegal possession of weapons.
In addition to the vehicle used for the commission of the robberies, a shotgun, a carbine, a telescopic sight, several knives and various jewels, among other objects, were found at the home of the gang leader.