Past and Future of Luxury Motors 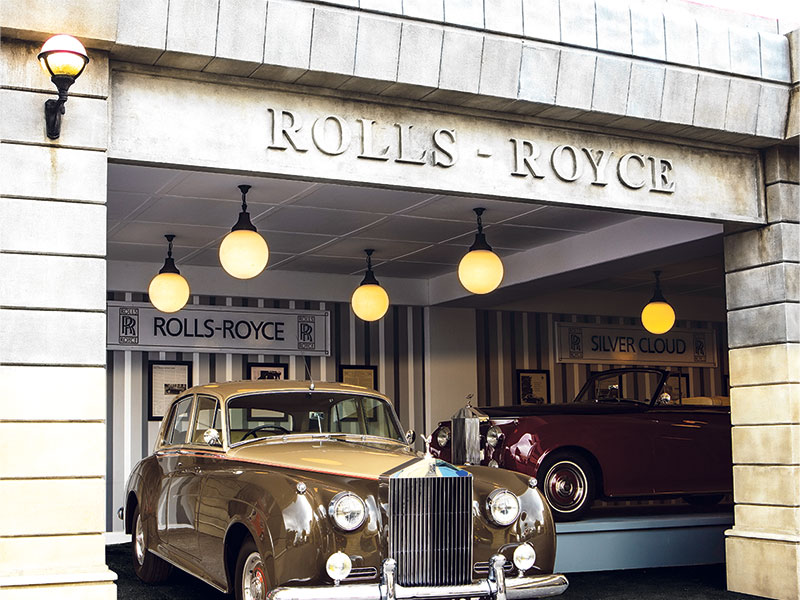 THE Goodwood Estate rests in a fold of the gentle hills of the South Downs, a rural idyll of the southern counties of England that from time to time has reverberated to the roar and whine of engines driven with passion and determination.

In war the estate hosted an airfield from which several of ‘the few’ flew into battle and fought the Battle of Britain. The estate’s motor circuit was the scene of epic battles by racing drivers like the legendary racing driver Sterling Moss and his contemporaries as well as many Grand Prix.

On the other side of the Hill Climb course lies the horse racing, ‘Goodwood’ where thoroughbred race horses speed across the Downs and round a natural amphitheatre to sweep past lawns and grandstands filled with cheering race goers. The Goodwood Estate also hosts a manufacturer of cars; Rolls Royce Motor Cars.

Every year a historic motoring extravaganza takes place at Goodwood; the ‘Goodwood Revival’ meeting. Everyone attending is in the cast for the stylish event, dressing the part, entering into and recreating the glamourous world of the 1950s. This year Rolls Royce Motor Cars transformed the March Motor Works into a replica of the company’s motor show stand of the era.

The centre piece was naturally an example of the company’s most coveted luxury cars of the period. The 1959 Rolls Royce Silver Cloud, a two door drop head coupe in black and red with a matching hood, the car is one of just a handful created by the specialist coach builder HJ Mulliner.

While on the legendary motor circuit an example of a 1961 Rolls Royce Silver Cloud II a long wheelbase saloon; an imposing four-door limousine in Sage Green over Smoke Green which recorded only 9,500 miles in 58 years formed part of the Course Director’s entourage.

The ‘Goodwood Revival’ meeting drew the season to a close in the middle of September; a little later a very special car was rolling off a transporter into Goodwood and the workshops of the Rolls Royce Motor Company. An all-electric experimental model that has been touring the world for much of the last four years has come home.

The car will be on display at the company’s headquarters, a solid comment on a vision of an electric future. A radical and controversial Vision Next 100 alluding to the centenary of the brand while pointing optimistically to dominating the future with the car code named 103EX.

First seen in 2016 the 103EX includes an all-electric drive train, an entirely autonomous drive and enhanced artificial intelligence, connected and autonomous the 103EX has controversial styling. It presents a forthright view of the marque’s view of a future of ‘luxury mobility.’

A Rolls Royce cabin was once said to be so quiet that occupants could hear the ticking of a dashboard clock while motoring. The 103EX was welcomed home it is said with some fanfare however its short journey into the showroom was as one would expect; soundless.