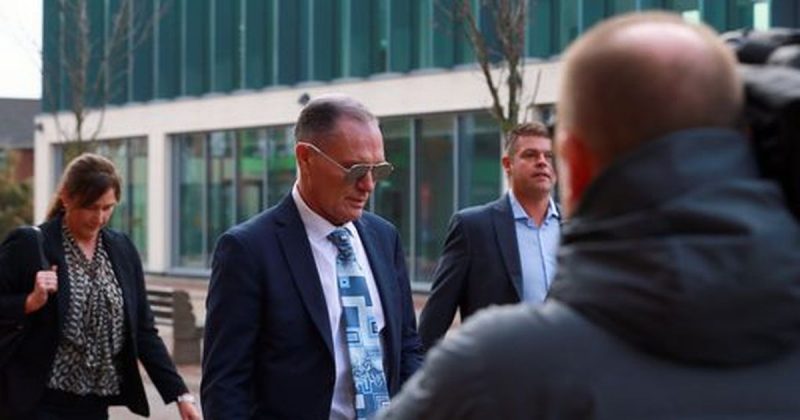 Ex-England footballer Paul Gascoigne sexually assaulted a train passenger by planting a “sloppy”, drunken kiss on her lips and later told police he did it to boost her confidence, a court has heard.

The 52-year-old former midfield ace denies a single charge of sexual assault, that allegedly happened on a York to Newcastle train in August 2018.

William Mousley QC, prosecuting, told Teesside Crown Court: “This case concerns a brief but unpleasant assault with sexual overtones on a train by a drunken male stranger in his 50s.”

The alleged victim, who cannot be identified by court order, was on the train when she noticed a man in the row behind her who was drunk, noisy, shouting and swearing and was drawing attention to himself, the jury was told.

The man, who she did not recognise, started to pester her, then apologised for being drunk.

Mr Mousley said Gascoigne attempted to sit on her.

The Jury were told that the woman had attempted to move away from the former footballer, she sat looking out of the window and he tapped her on the arm.

Mr Mousley said: “He put his hands on her cheeks and kissed her forcibly and sloppily on the lips.”

Other passengers challenged him, accusing him of “unacceptable sexual behaviour”, the court was told, and he said he was trying to boost the woman’s confidence.

She called police after getting off the train and at the time had no idea about his identity, the court heard.

It was only a week later that she read who he was, the jury was told.

Gascoigne was tracked down to a hotel in Newcastle, that night and told police officers on the phone he knew what it was about – “he had, in his words, ‘kissed a fat lass’,” Mr Mousley said.

When he was questioned the next morning, when he was “more sober”, Mr Mousley said, he did not show “contrition” and told lies instead.

Mr Mousley said Gascoigne claimed the woman had been abused about her build, “and he had given her a peck on the lips to reassure her as he felt sorry for her”.

The prosecution asked the jury to consider what the complainant thought of the incident, with Gascoigne “forcing his wet and sloppy mouth onto her lips”.

Mr Mousley said: “Shocking, upsetting, perhaps even frightened at what might else have happened, a blatant act in front of others, humiliating perhaps, perhaps it was him showing off.”

He added: “The prosecution case is this was a sexual assault and we will seek to prove it by making you sure that it was nothing else.”

The accuser, giving evidence from behind a screen, later told the jury the kiss was “sloppy”, and said: “It was not like a peck on the cheek, it was full on the lips.”

Asked if it was done gently, she said: “No, it was a forceful kiss.”

The trial is expected to last 5 days.