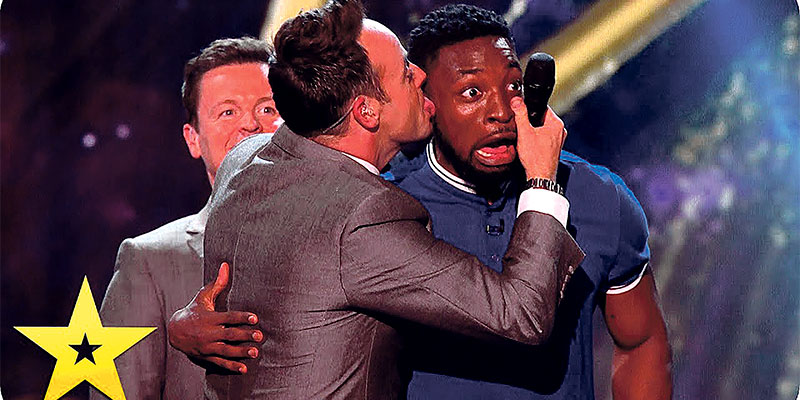 I REST MY CASE: ‘Preacher’ comedian almost won the show!

ONE thing the Brits have never lacked is courage. World wars, the blitz, Roman invaders and a whole host of past adversaries, have always failed to quench the indomitable spirit of our great Island race.

Well I’m sorry to say that whole scenario is now changing. An enemy more deadly than all the opposing forces that have assailed us in the past now threatens to engulf our once great country and is slowly but surely eating us away from within. For the first time ever people are genuinely frightened.

Today’s adversaries are the bureaucrats; the MPs, the so-called leaders of the British people; men and women who were voted into positions of power and trusted to protect and stand up for the British public and defend their rights and their heritage. The betrayal by these people is making UK citizens feel even more unsafe in their own country than they felt when the Nazi jackboot threatened them in the Second World War. At least at that time we were all in it together. The enemy was there for all to see, and the Brits knew who, and what they were fighting for.

Now the scenario is so confused people are utterly baffled as to how they should react or even behave. I’ll give you an example. In my cabaret spot I do slip in a couple of extremely mild ‘racist’ jokes. As the act has never really changed (I know, I know!) I have seen the different reaction to these same gags from British audiences over many years.

At first the stories were generally met with open guffaws of pretty innocuous merriment. As the years went by reactions slowly altered. These different phases went from full on laughter to somewhat derisive scoffing. We then moved on to laughter mixed with occasional whoops of defiant communal assent.

The next phase involved rather more subdued sniggers with people looking at each other to see if their merriment was being shared. We have now hit rock bottom. What I see now is subdued embarrassment and actual fear on the audience faces as they furtively glance around to see if they could be involved in some type of ‘offence’ that could get them reprimanded or even arrested. And it’s not pretty.

The British spirit is being defeated by political correctness ‘Uman rights advocators and  the appeasers of minority groups to a point where they are utterly confused as to what is right and wrong and are actually in fear of revealing their true feelings in public. And it’s all one way traffic.

An example of this was that awful black ‘preacher’ comedian who took part in the recent BGT champions final. His whole act was racist. He spoke in an utterly derogatory way about having white girls out on a date and how black girls’ reactions were far more ‘with it’ and acceptable. If he had been a white comedian talking about black women in the same way there would have been uproar from the luvvies that would probably have involved legal proceedings. As it was he nearly won the show! I rest my case.