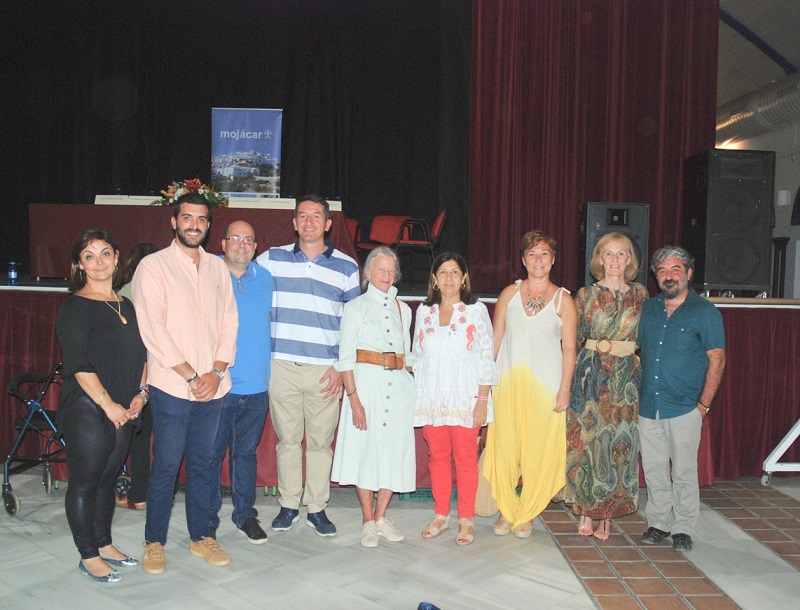 IMPORTANCE: The director of the team of archaeologists who worked on this summer’s excavations stressed Mojacar La Vieja was one of the first Islamic settlements in the area. CREDIT: Ayuntamiento de Mojacar

QUESTIONS about how the old Mojacar was founded and where the inhabitants came from have yet to be answered, archaeologists who worked on the latest site dig have revealed.
Speaking at a presentation of the preliminary results of this summer’s excavations on ‘Mojacar La Vieja’, Jose Maria Martin Civantos, the director of the University of Granada’s Biocultural MEMOLab Laboratory and Medieval History Department team, said it remained to be established whether the settlement came about as a natural grouping of the nearby inhabitants or because the Almoravid dynasty who on building a castle invited people to settle there for political and military reasons.
This summer’s activities were the second MEMOLab excavation campaign on the site, which had the support of Mojacar council and the Valparaiso Foundation.
Opening the presentation of the findings at the municipal multiple uses centre, Tourism councillor Emmanuel Agüero welcomed the large audience who went along to find out about the latest findings. He also thanked the landowners around the excavation area for their collaboration and the 100 plus archaeologists who were involved both on the dig and with the associated research.
The MEMOLab team director told the audience they had been drawing up conclusions from both a scientific and a social point of view. He stressed Mojacar La Vieja was one of the first Islamic settlements in the area, and said it was important  to understand more about the people and their connection with the environment and what Mojácar and the surrounding area were like then.
This summer’s campaign continued the work carried out the previous year in investigating the wall, the castle access and how the fortified upper sections functioned, with many new discoveries giving a better overall idea of life at the time.
The archaeologists explained the different areas of study and the confirmation Mojacar La Vieja was established in the 12th century as a rural settlement, which then took on a more urban character by organising the running and administration of its territory.
Although two major phases of construction have been recognised, many modifications have been found with a series of structural changes. The settlement was abandoned during the second half of the 13th century, indicating a relatively short, but intense period of activity.
The settlement’s move to the town’s current site was undoubtedly in order to gain better defences and views of the coast. Findings also confirmed serious problems with land stability and although constant reforms were made, the wall and its towers as well as houses continued to collapse.
Next year, MEMOLab hopes to continue with the excavations, looking further into the origins of the settlement and what was there before, as well as the relationship between the Islamic powers and the rural communities in the area.
Looking ahead, there are new challenges given the importance of the results, and a medium-term research project will be presented to the Ministry of Culture on how and what form future investigations will take. The other challenge is the need, not only to advance the discoveries, but to consolidate and conserve what has already been found.
According to Civantos, they already have a wealth of interesting scientific data which is in demand not only provincially, but throughout Spain. There is also significant demand for information from around the world, as is evident from the archaeologists from 22 countries who have participated in the project.
A council statement said a strategy is also now needed to preserve and enhance Mojacar la Vieja and its heritage. The council maintained a plan is required to ensure the excavations can be visited safely, without causing damage, as well as to create a museum and information centre in the town to display findings.
“Knowledge of the historical, cultural and social background of the town and its surrounding area is a valuable future project, for not only Mojacar, but for the entire region”, the council commented.