Trump ” Boris Told Me To Do It” 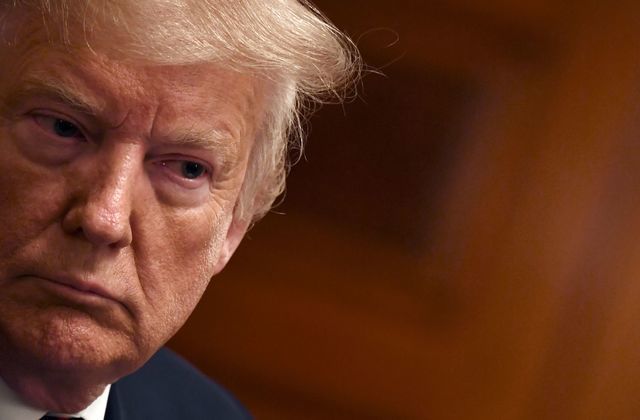 Donald Trump said UK Prime Minister Boris Johnson asked him to set up a meeting between Harry Dunn’s family and the suspect in the case of his death.

Charlotte Charles and Tim Dunn the parents of killed Harry Dunn 19 by the US Diplomats wife Anne Sacoolas, were invited to meet Mr Trump on Tuesday and then the relevation came that Mrs Sacoolas was in the next room, but they chose not to see her.

Mrs Sacoolas has said she was disappointed a meeting did not take place.

A statement issued by Anne Sacoolas’ lawyer Amy Jeffress said “We are trying to handle the matter privately and look forward to hearing from the family or their representatives.Anne accepted the invitation to the White House with the hope that the family would meet and was disappointed”

Trump yesterday speaking to the media at the White House said “My meeting with the family yesterday was beautiful in a certain way.They did not want to meet the person in question but we had a very good meeting, they are very nice people.The meeting took place right here at around six o’clock last night and it was very sad, to be honest.She lost, and they lost, her son. I believe it, the car, was going down the wrong way and that happens in Europe, you go to Europe and the roads are opposite and it’s very tough if you’re from the United States.That decision to make a right turn when you’re supposed to make a left turn when the roads are opposite and she said that’s what happened.It happens to a lot of people, by the way but she said that’s what happened.She was in the room right out there – we met right here and I offered to bring the person in question in and they weren’t ready for it I did offer”

The President further went on to say “Boris, he asked me if I’d do that and I did it. Unfortunately they wanted to meet with her and unfortunately when we had everybody together they decided not to meet, perhaps they had lawyers involved at that time,I don’t know”

He further added “I thought they were, based on what I saw, ready to meet, but now they say they only want to meet when they are in the UK and that’ll be up to them.”

Commenting on the Justice4Harry GoFundMe page, Mr Seiger the lawyer for the British parents wrote “It struck us that this meeting was hastily arranged by nincompoops on the run.The family remain open to the possibility of meeting Mrs Sacoolas one day in the future but in a neutral and appropriately controlled environment.”