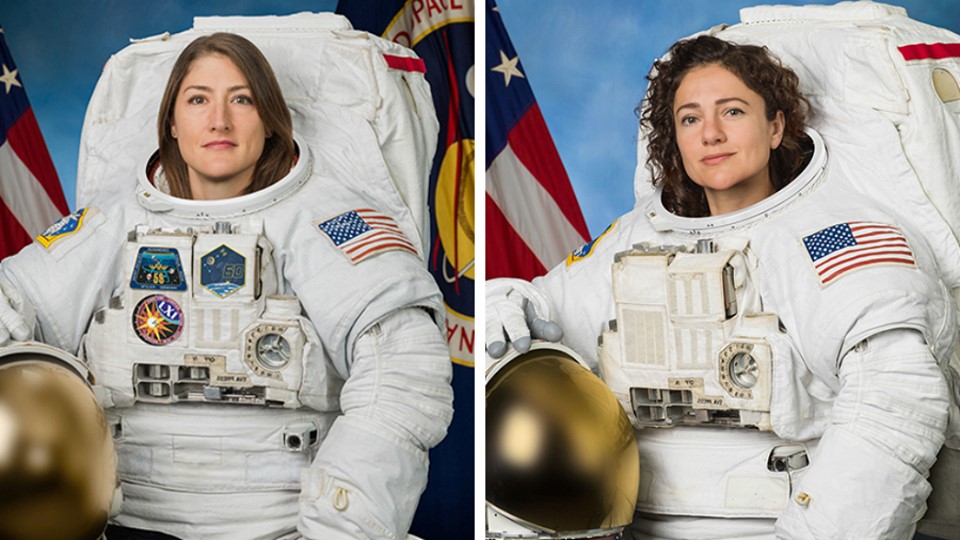 TWO NASA astronauts have embarked on an all-female space walk in a historic first.

Ahead of the spacewalk Koch stated: “I think it’s important because of the historical nature of what we’re doing… In the past, women haven’t always been at the table. It’s wonderful to be contributing to the space program at a time when all contributions are being accepted, when everyone has a role. That can lead in turn to increased chance for success.”

Tracy Caldwell Dyson, a NASA astronaut who completed three spacewalks as part of the Expedition 24 crew on the ISS in 2010, said: “This is significant … As much as it’s worth celebrating, many of us are looking forward to it just being normal.”

Video footage from the astronauts’ helmet cameras, as they floated 260 miles above Earth, provided a live stream of the painstaking operation to carry the new hardware, install it and then return the faulty battery to the airlock for a latter examination back on Earth into why it failed.

The spacewalk was actually meant to have taken place seven months ago, the original date for the all-female outing, but had to be postponed because the ISS had only one medium-sized spacesuit on board. The agency sent up a second medium spacesuit in October.

Koch, who has been on the ISS since March, was first out the hatch, followed by Meir, carrying a tool bag. During the five-and-a-half-hour spacewalk, the astronauts remained attached to handrails on the exterior of the ISS using harnesses and pairs of metal carabiners. These are sequentially clipped and unclipped to ensure that the astronauts cannot float off into space.

Previously, 14 women and 213 men have carried out spacewalks. The first woman was the Russian cosmonaut Svetlana Savitskaya, who went outside the USSR’s Salyut 7 space station in 1984.

On Tuesday, NASA unveiled the prototype for a new spacesuit that could be worn by the next crew, expected to include a woman, to land on the moon in 2024. The suit is designed to give a customised fit to the individual astronaut, whatever their shape or size.