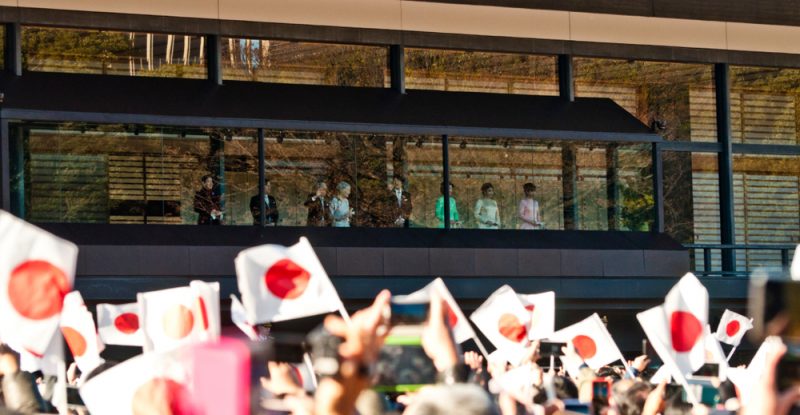 IN FRONT of his family and dignitaries from around the world, Japan’s Emperor Naruhito yesterday (Tuesday) morning officially proclaimed his enthronement inside the Imperial Palace.

Although he officially became emperor on May 1, after his father — now Emperor Emeritus Akihito — stepped down from the throne due to his advanced age, yesterday’s ceremony marked the official declaration of Emperor Naruhito’s enthronement.

The ceremony’s rituals are known as “Sokui no Rei.” Naruhito donned ceremonial robes, as did his wife, Empress Masako.

Sokui no Rei is one of the major events in a series of ceremonies and rites scheduled throughout the year following Emperor Naruhito’s accession to the chrysanthemum throne in May.

“I pledge hereby that I shall act according to the Constitution, and fulfil my responsibility as the symbol of the state and of the unity of the people of Japan, while always wishing for the happiness of the people and the peace of the world, turning my thoughts to the people and standing by them,” he said, underlining the emperor’s role within the country’s supreme law.

The enthronement ceremony was attended by around 2,000 dignitaries from some 180 countries and regions.

Out of respect for the nearly 80 people who died earlier this month during Typhoon Hagibis, a celebratory parade was postponed. The banquet held last night included guests such as Britain’s Prince Charles and Hong Kong leader Carrie Lam.

In Japan, the emperor has no political power and is viewed primarily as a symbolic figure. On Friday, Japan’s government announced that in honour of the enthronement, 550,000 petty criminals will receive pardons.

Tuesday’s ceremonies highlighted the lack of female heirs to the throne. As the current law stands, only male heirs of the male line of the family are permitted to succeed the throne.

In his daily news conference on Monday, Chief Cabinet Secretary Yoshihide Suga touched on the need to debate the topic, but he did not offer much detail on how the government plans to push that debate forward.

Japanese Prime Minister Shinzo Abe delivered a speech during the ceremony ending with cheers of, “Long live the emperor!”