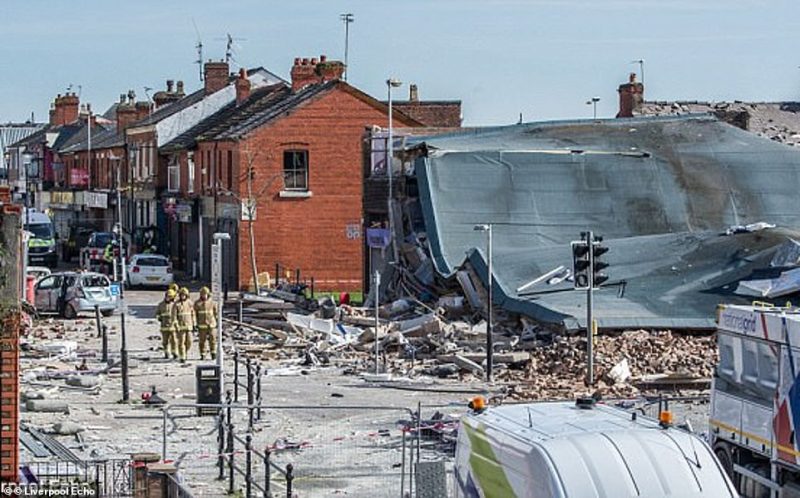 A furniture shop owner has been jailed for 20 years for deliberately causing a gas explosion that injured 81 people.
Pascal Blasio, 57, of Gillingham and part-time resident in Spain ( Benalmadena) had been found guilty at Liverpool Crown Court last week of causing an explosion to endanger life. He was jailed for a further four years, to run concurrently, for fraud.
The judge told him it was a miracle no one had been killed.
The court was told the blast at his Homes In Style furniture store in New Ferry, Wirral, on 25th March 2017, and subsequent £50,000 insurance claim, was an “insurance job gone wrong”.
The court heard that his company was on the edge of going out of business and witnesses had seen products being moved out of the shop ahead of the explosion to leaving it “virtually empty.
The blast damaged and destroyed a total of 63 properties and 68 people were displaced from their homes.
Among the injured was a 21-year-old man who suffered a serious brain injury and has not been able to work since.
The judge  told Blasio he “deliberately engineered a gas explosion at your failing furniture shop in New Ferry, with the intention of making a false insurance claim.”
He said Blasio left “anyone who had been in the immediate vicinity to the inevitable explosion to their fate.”
“I have no doubt that you intended to cause an explosion large enough to demolish the building for it was crucial to your purpose that the entire contents of the building were destroyed,” said the judge.
“Partial destruction would expose the fact that you had emptied your showroom of most of the stock for which loss you intended to claim for.
“Your scheme could not succeed with completely demolishing this building and the adjoining dance school.
“It did not matter to you that the proprietors of a dance school should lose their life’s work. It did not matter to you that the owners of the Chinese restaurant opposite would lose not only their homes but their livelihoods too.”
The judge said the explosion reduced the surrounding streets to rubble and he agreed it was a miracle that no one was killed.
In January a jury was unable to reach a verdict in the case, but after a retrial lasting almost three weeks Blasio, who had denied being involved, was found guilty.
Nigel Lawrence QC, prosecuting, said at the start of the trial a blanking cap on an old gas pipe had been removed and the “deliberate act allowed gas to gradually fill the property”.
Investigators believe an electric fire found in the debris of the shop may have caused the ignition.
Assistant Chief Constable Natalie Perischine, said: “Blasio has brazenly continued to deny his involvement in the explosion which has totally devastated the lives of dozens of people and had a huge and lasting impact on the community of New Ferry.
“I hope that today means the people of New Ferry can now start to draw a line under that night and start to rebuild their lives knowing that Blasio will spend a considerable amount of time paying for his greedy and selfish actions in prison.”