England Go Through To The World Cup Final! 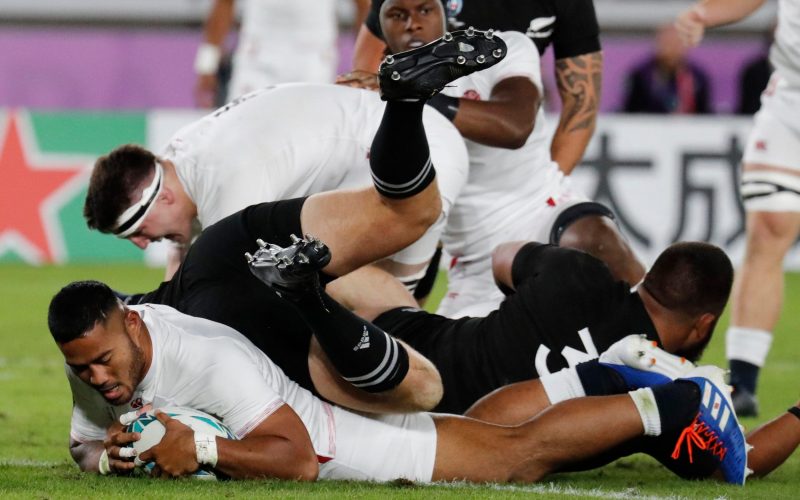 England stood in a deep V formation to face the Haka. It was encroaching into the NZ half and the officials tried to move them back but they were having none of it. Owen Farrell had a sly smile on his face as he looks on and the needle had started early.

From the kick-off, George Ford passed the ball to Farrell to send the ball up into the sky and deep into NZ half. They recycled and exited to touch with little fuss.

England’s first lineout was a good one and Manu had his first carry. They were putting it through hands with Daly up and present in the line early, Watson carried into the NZ half and two passes later they were under the posts. Manu popped up to pick and drive over from 3 metres. Farrell converted an early 7-0 lead for England.

25 minutes became TMO time as England went over for a try but Welsh ref Owens called for TMO and ruled it out.

In extra-time England just over 40 minutes won a penalty in line with the posts. England elected to kick and George Ford whacked it between the sticks to take a lead into the dressing room of 10-0.

Just after a missed penalty by Daly from long-distance England ripped into the All Blacks on the 45th minute A breathless passage of play saw offloads and turnover all over the shop. Youngs grabbed it and went into the NZ 22 and England got a penalty. They went in the 22, Youngs dummied and went through a gap and over the line but Welsh ref Owens called yet again for TMO and ruled out yet another try although Owens did award just a couple of minutes later to England which Farrell threaded between the posts to increase the lead by another 3 points to 13-10.

Disaster for England though on 57 minutes an England tricky defensive lineout on 5 metres was horribly overthrown to Savea at the tail and he walked it in over the line Mo’unga slotted the conversion and put the All Blacks back in the game for a short while.

England got back in possession and warmed everyone’s hands with possession, it was chipped back to NZ before Underhill – again with a powdering tackle -dislodged the ball to give his side another attack in the NZ 22. England won a penalty and George Ford calmly beckoned the tee onto the field. George Ford thundered it over to increase the lead by another 3 points to 16-7.

67th minute England got a penalty for side entry at the maul by Retallick. George Ford went for the kicking tee again and scored once again 19-7 after a wonderful kick!

No more scores followed despite Ford actually missing a penalty but who cared? England had smashed their way through to the World Cup Final!