England Could Face A Fine Following Their Haka Showdown 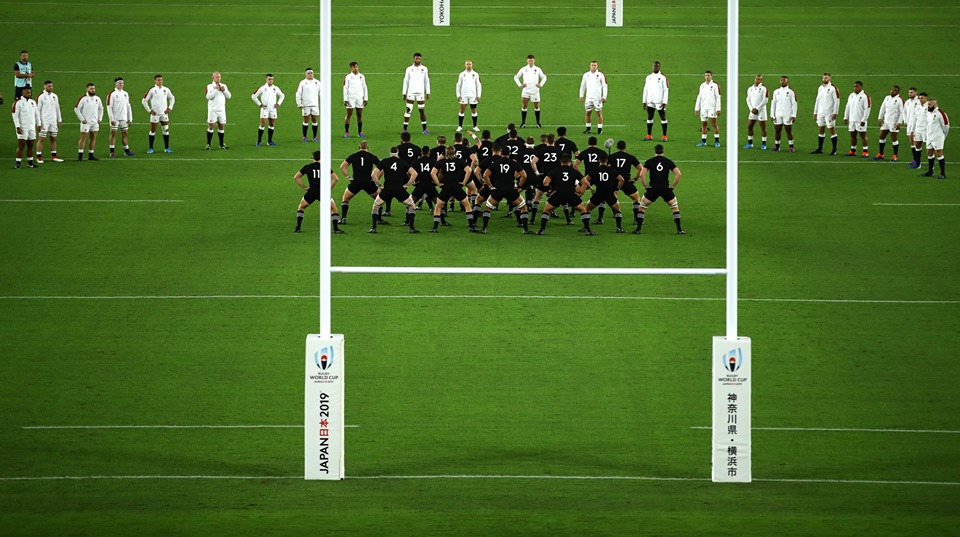 The All Blacks posted on Facebook in response the English V formation “Challenge laid down. Challenge accepted.” Credit: All Blacks Facebook

ENGLAND are set to discover shortly whether they will be fined for their V-shaped response to New Zealand’s haka in their World Cup semi-final victory against the All Blacks on Saturday.

The English team revealed that Eddie Jones was the brainchild behind the plan to counter New Zealand’s traditional Maori challenge by forming a V and stepping into the New Zealand’s territory in order to show they were “ready for anything”.

According to tradition, it is understood that the protocol states that opponents must not cross the halfway line but at the two tips of England’s V formation, six players – Joe Marler, Billy Vunipola, Mark Wilson, Elliot Daly, Luke Cowan‑Dickie and Ben Youngs – appeared to be standing in the All Blacks’ half.

Mako Vunipola admitted that “we knew it would rile them up” while the captain, Owen Farrell, who could be seen smirking during the dance, said: “We wanted not to just stand there and let them come at us.”

Match officials could be seen trying to encourage the players to return to their own half, but to no avail.

The English team by taking this stance, made their point, and then backed it up. Their response enhanced pre-match tension and heightened expectation for those at the venue, and those watching around the world.

Should this be encouraged?

What is important, is to understand haka in all forms as it is often misunderstood or misrepresented globally. Haka is often performed as a sign of respect within New Zealand culture. At weddings, funerals, and to mark many other significant occasions and events,

It carries deep meaning throughout New Zealand. This is true for the All Blacks and other New Zealand sports teams, too.

That said, the English team added, by their response to the Rugby World Cup semi-final theatre against the All Blacks, drama without overstepping the boundaries of decency.

In 2011 France formed an arrow shape and advanced on New Zealand while they performed the haka before the World Cup final and were subsequently fined £2,500 for breaching a “cultural ritual protocol”.

With that in mind, it seems likely that England will be sanctioned in a similar manner.

The All Blacks posted on Facebook in response the English V formation “Challenge laid down. Challenge accepted.”