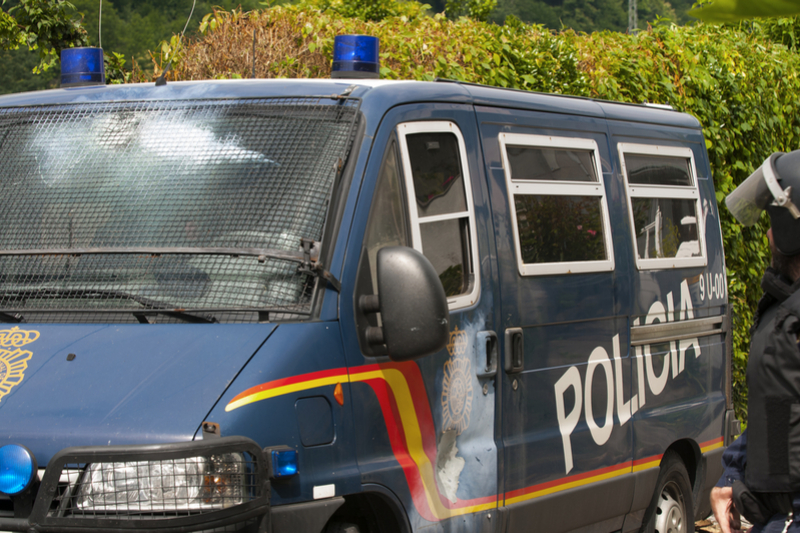 TWO footballers face 12 years jail for the attempted murder of a rival team’s captain after a match on the Costa del Sol.

Captain of Alhaurin de la Torre, Samuel Galán, was left in a critical condition and nearly died after suffering a stab to the heart after a match against El Palo (Malaga).

Violence flared after the ill-tempered match on March 20, 2016, according to a prosecutor’s report which will be presented to a court.

Alhaurin were playing away against El Palo’s B team in the Third regional division when a running dispute started between the victim and El Palo’s captain, S.A.G.

The prosecutor says that throughout the match S.A.G. had a “disproportionate attitude of aggressiveness” towards Samuel, even threatening him with death several times.

He used phrases like: “When time is up, I’ll kill you, we’ll see you outside, I’ll wait for you.”

This culminated in the 61st minute when S.A.G. headbutted the victim.

He was cautioned and, shortly afterwards, substituted. According to the prosecutor, S.A.G. took off his shirt and went to sit in the stands where he had friends, including the second defendant in this case. M.S. was also a player for El Palo but had not been in the team that day.

The prosecutor, alleges that it was then that the two defendants agreed “to kill Samuel when the game ended.”

When the final whistle of the match blew – El Palo won – the defendants waited in the changing room tunnel before S.A.G. was invited onto the pitch to celebrate his team’s victory.

The victim was on the pitch, congratulating the players and other members of the opposing team, when S.A.G. approached him from behind, grabbed him in a choke hold and threw him to the ground.

M.S. then stabbed Samuel twice in the chest as he lay immobile on the pitch. It is alleged that other players from El Palo had also attacked the victim while he was being held by S.A.G.

Both teams’ coaches, the match officials and some players dragged away players to stop the beating that had continued as Samuel lay on the ground having been stabbed, including a 1.5 centimetre wound to the heart.

The victim’s heart stopped and he needed CPR before being rushed to intensive care.

According to the prosecutor, it took 200 days for his wounds to heal and Samuel has suffered psychiatric symptoms similar to acute post-traumatic stress. He also needs regular heart check-ups.

He was not the only victim. One of the members of El Palo’s technical team was injured in the thigh after M.S. allegedly “pricked or cut” him when he grabbed him to take him to a corner of the pitch after the assault.

The Public Prosecutor’s Office accuses the two men of attempted murder, and is asking for 12 year jail terms.