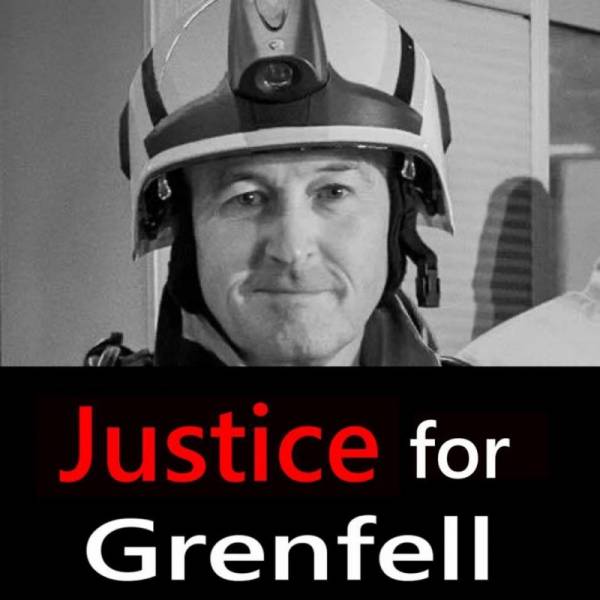 Retired Fire Service Station Commander hit out on Facebook today with a blazing statement. He wrote on the social media channel in his words.
I am a Retired Station Commander with 37 years Service who has attended countless serious High Rise Fire, where in correctly constructed and properly maintained buildings the “Stay Put” Operational Planning has worked perfectly, often many occupants of the affected High Rise not becoming aware of a fire in their block until the following day,
Thus if the Building is fit for purpose the “Stay Put Policy” is fit for purpose too!
We will never know if more lives could have been saved had the occupants been told to self evacuate, it’s possible that the uncontrolled movement of dozens of men women and children, many elderly, down through a single pitch black concrete stairwell that had effectively become a chimney punching the super heated toxic products of combustion into the airways of those residents as they fled downwards could have cost more lives and defiantly stop those Firefighters using that same staircase reaching those that could be saved
It would only take the hand of a small child to be lost in the darkness and confusion for a mother or a father to hesitate, panic and obstruct the stairs, or an old lady to fall because she was not moving fast enough, in that dark choking environment, as those behind grasped for breath.
Only the lucky ones would escape as their only escape route becomes blocked body on top of body, it’s happened!
However we do know that the residents of Grenfell had been raising serious Fire Safety issues and concerns with their Landlord’s for months before the fire and had Grenfell Tower NOT been clad in highly flammable external cladding, that the LFB would have successfully extinguished the 4th Floor Flat and contained it to the flat of origin without any loss of life
The Building let both Firefighters and it’s Occupants down!!
Kensington Council, its Building Control, it’s Estate Managers and the Senior Contractors who installed the lethal Cladding are 100% responsible for the lives lost, the Tower was a “Death Trap” long before the first 999 call was received on that fateful June morning
The Tory Government must also shoulder blame as it has cut our Fire Services and not only in London to the bone,
CUTS WILL, DO AND HAVE COST LIVES 🤬🤬
STOP trying to blame this disaster on those who responded after the event and focus your efforts on those as yet faceless arseholes truly responsible for the tragic loss of life on that night!
I personally have never attended a fire the likes of Grenfell and as an experienced Fire Officer have nothing but
unconditional respect for the Firefighters and Fire Control Operators who gave their all to save others that night!
“I AM STANDING WITH THE LONDON FIRE BRIGADE ✊️”