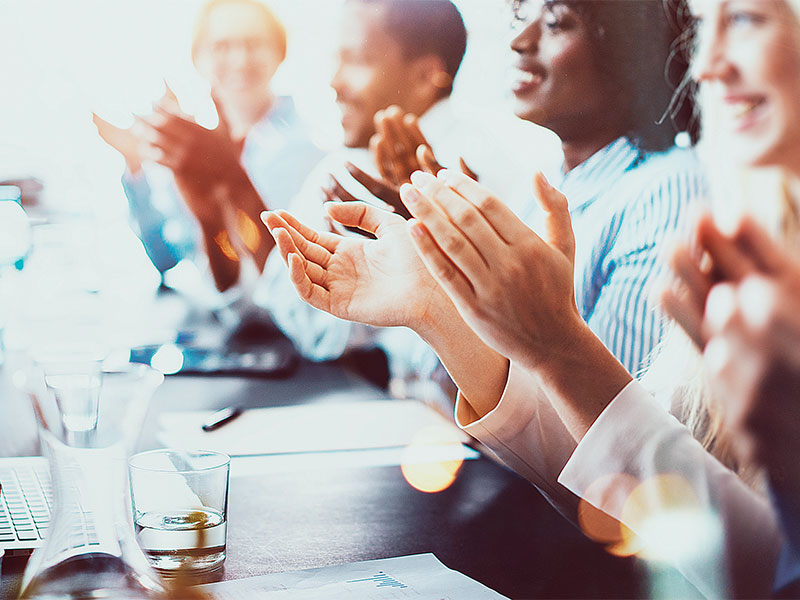 HAND CLAPPING: Audiences will now be encouraged to waggle their hands instead.

THIS week’s blizzard of utter codswallop truly has me once again losing the will to live. It really is quite frightening how, in a past life, opinions and laws we would have thought completely ludicrous and truly laughable, are now not only being put into practice, but can actually land you in jail.

With the whole fabric of the nation being torn apart and monumental decisions being taken that will affect the futures of every one of us, these whining Wally’s still spend their time, and probably our money, huddled around their half pints of real ale, frantically trying to drag up ludicrous and utterly nonsensical rules and regulations merely, in most cases, to give themselves a reason for their own existence. And this week has been no exception.

The abolishment of handclapping has finally reached Oxford University. Students (many of whom will no doubt become future politicians!) have managed to ban applause on the grounds that it may be – wait for it – a ‘triggering’ for people with a nervous disposition!

Audiences will now be encouraged to replace clapping with ‘jazz hands,’ the waggling of hands in the fashion of Al Jolson, which will no doubt also need replacing after the first snowflake realises this action is even more ‘offensive’ to some than the clapping it was intended to replace!

Wolf whistling is now considered a misogynist act and police are encouraging women who are victims of this heinous crime to dial 999 and report it. (I actually find it most odd that most of the ladies I talk to, tell me they would in fact be somewhat disappointed if they didn’t receive the occasional purse lipped projection of appraisement).

Somewhat more serious, but in much the same vein, I did think the ‘offence’ supposedly perpetrated by young teenager Jamie Griffis was a disgraceful miscarriage of justice as far as his sentencing was concerned.

This bumbling, somewhat socially inept youngster was found guilty of two charges of sexual assault, after he fumblingly touched a young woman on the arm and waist while trying to talk to her in the street. He told the judge that he tried to talk, but the ‘words wouldn’t come out.’

The young lady said she was convinced that ‘had she not moved back he would have touched her breast’ (oh really!?). She said that the ‘assault’ left her unable to do school work; uncomfortable in her own home, had made her stressed and anxious and that the ‘attack’ had (somehow) hindered her application to Oxford!

Now I’m not condoning the actions of this young man, but do think that £250 in compensation, a 12-month community order with 200 hours of unpaid work and being ordered to sign the sex register for the next five years was a bit over the top and will probably affect this unfortunate young man for the rest of his days. Altogether now. Snowflakes are falln’ on my head…