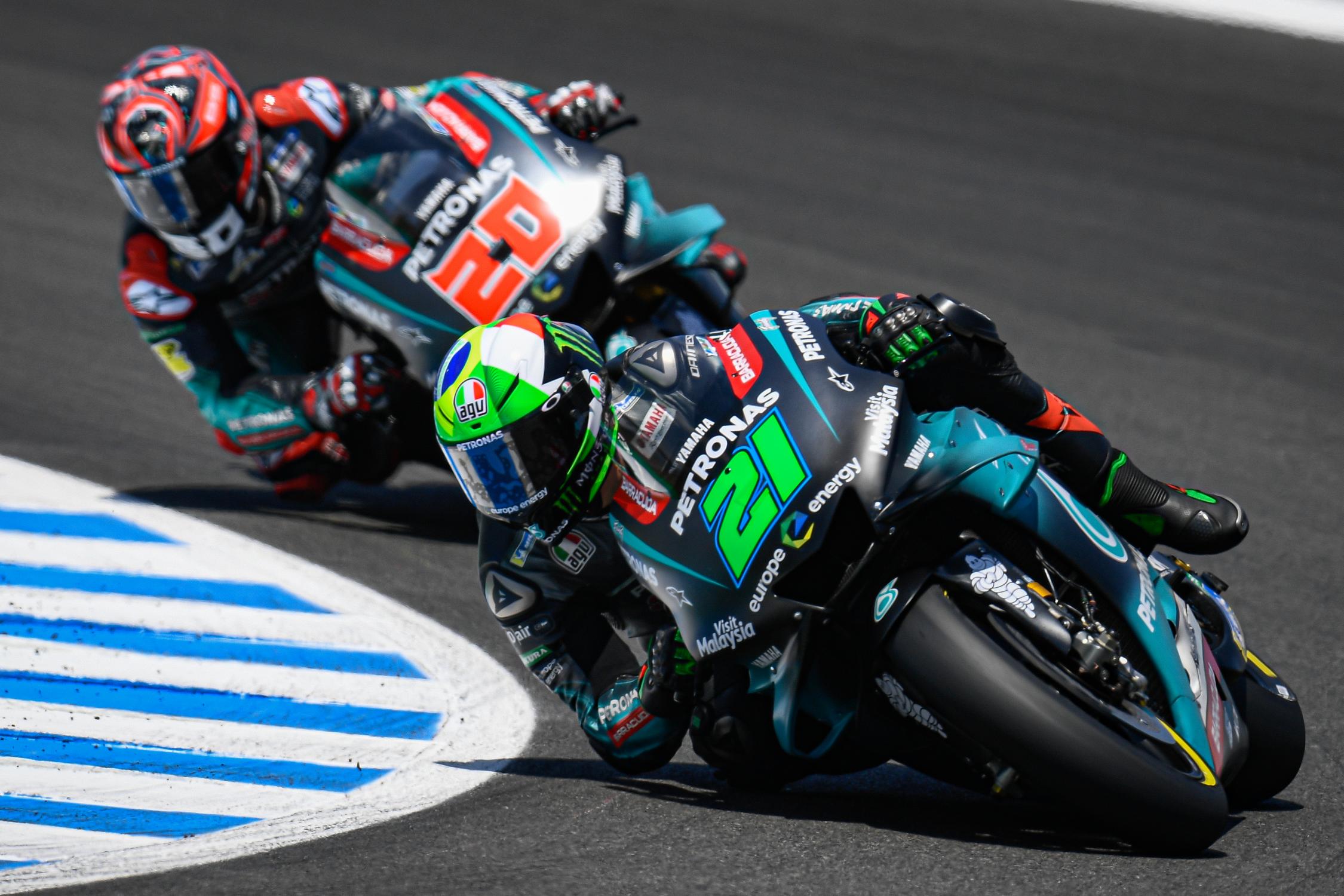 FP3 proved a lesson in perfect marketing as the Petronas Yamaha teammates of Franco Morbidelli and Fabio Quartararo claimed first and second at their teams home race.

The Italian Morbidelli topped the time sheets with a spectacular 1m58.761s to hold of the flying Frenchman by a couple of tenths.

Morbidelli was debuting setting changes to his Yamaha YZR-M1 which allowed him to gain confidence after lacklustre performances in Japan and Australia.

He took the top spot with 45 minutes to go with an impressive lap of 1m59.074s, but then took to the track to shave off more time as the rain set in for the rest of the session.

Quartararo will head into qualifying however as outright pace setter after his record breaking lap of 1m58.576s set during FP1 on Friday afternoon.

Repsol Honda’s Marc Marquez was best of the rest with a 1m59.066s as he saw his times steadily improving as the sessions went on.

Marquez was trying out a new “scooter” style rear brake lever on his RC213V but opted to go with the traditional foot brake for qualifying today.

“We tried in the past with a thumb brake, but I don’t like it. I need to feel the handlebar with my hand. I ride a lot of motocross and I am using the clutch and the front brake and that’s for me it’s easier to use a lever like this.”

“At the moment it is not ready and tomorrow we will come back to normal. It was a first contact to see if it is a real possibility to use in the future, if there was real potential and at the moment there is no real potential.” Explained Marquez.

Monster Energy factory Yamaha rider Maverick Vinales set the early pace in the session but had to settle with fourth, closely followed by the first of the Ducati’s, Pramac’s Jack Miller.

Ex KTM rider and LCR Honda stand in Johann Zarco proved the surprise of the session clocking up an impressive 1m59.486s, putting him into eighth position and pushing his team mate, Cal Crutchlow into Q2 .

Valentino Rossi and Andrea Dovizioso both finished outside the Top 10 for the session, the former 12th and the latter 14th, but clung on to Q2 spots thanks to their Friday times.