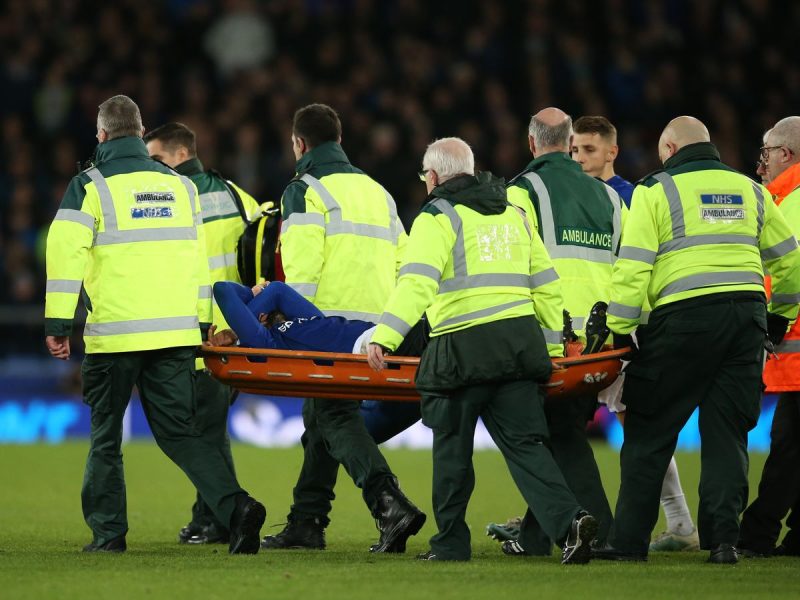 Everton started the game the better team hogging the ball. Spurs could not get hold of it.

Although on 11 minutes Spurs almost carved an opening. After some patient build up play, Toby Alderweireld floated a cross-field ball into Davies, who slides in Eriksen. But Everton eventually managed to crowd Tottenham out. It was a slick move, a sign of how Spurs can open up teams when they are on form. Teams though went in at half time level 0-0.

Game opened up on 68 minutes when Dele Alli struck after Alex Iwobi squandered possession, Son put in  in Alli, who drove inside Djibril Sidibé and fired into the corner beyond Pickford. It was a thumping finish and Alli’s celebration packed a punch too, he held an index finger over his mouth before going to ground, pretending to be in a deep sleep. Alli basked in the glory, after Spurs broke the deadlock at Goodison.

on 78 minutes Son made a poor tackle there was a real concern for André Gomes. Son Heung-min looked absolutely distraught, close to tears. Son’s tackle was not brilliant at all.

Son Heung-min was sent off. But the Tottenham forward had to be consoled as he headed down the tunnel crying like a baby. Both sets of players appeared very distressed at the injury sustained to André Gomes. Replays suggested the injury to André Gomes was sustained after Son’s challenge, as a result of the way he fell. In truth Son was unlucky to see red, the referee clearly changed his mind after seeing the leg of the injured Gomes, the tackle itself wasn’t that bad a challenge. Medical staff continued to attend to André Gomes.

André Gomes was carried off on a stretcher. Marco Silva’s eyes appeared to be watering. It looked a very nasty injury. Goodison rose to its feet as the midfielder was carried off. An ambulance whisked him off to hospital. Juan Foyth replaces Aurier for Spurs, who were down to 10 players with the sending off.

As 90 minutes appeared on the clock there was an extra 12 minutes to play due to the delay. The game, as you would expect, had gone very flat after the horrifying injury to André Gomes. That Son was distraught and the distress of both sets of players and the crowd spoke volumes of the severity of the injury.

On the 98th minute though Everton went  level – and it was a brilliant goal. Tosun powered home a header, meeting Lucas Digne’s brilliant volleyed, first-time cross. It was a wonderful floating cross into Digne by Yerry Mina, who lost his footing after sending the ball across the field. Digne fired the ball into the box, where Calvert-Lewin and Tosun were both champing at the bit, and Tosun did the rest. Ending the game 1-1.