Del Boy Is Back! And Fact’s On How Costa Del Sol’s Ricky Lavazza Helped Start ” Open All Hours” 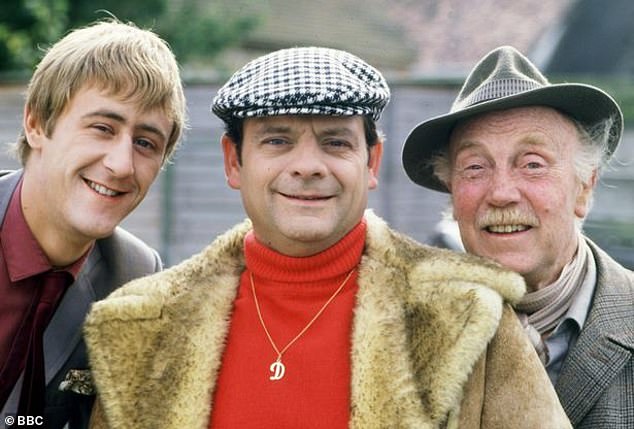 Sir David Jason is bringing back Del Boy in an Only Fools and Horses revival  and he promises it’ll be cushty.

The 79-year-old star is loved by the majority for his role as the wheeler dealer in his three wheeler Robin reliant from Peckham.

Now, Only Fools and Horses fans can look forward to seeing him back in his flat cap for a new state show set to go on the road from February next year.

Sir David has said: “I am looking forward to having the opportunity to meeting so many Only Fools fans. It’s going to be cushty.”

The event will see some of the BBC show’s famous sets recreated including the Trotters’ Peckham flat, and Sir David has agreed to join the tour in character as good old Del Boy!

Tickets are not on sale as yet but there’s expected to be a huge demand.

Now here is something you probably didn’t know Rodney!

David Jason not only could act but could spot a deal on a show when he saw the opportunity.

Now the famous shop – which inspired the comedy series Open All Hours – was spotted by David Jason after he was on a Sunday morning walk after a heavy boozy night in Taffs Well Rugby Club with the Costa Del Sol’s entertainer Ricky Lavazza and friends. He spotted Arthur Bickertons  store “Arthurs DIY” in Taffs Well, south Wales, which was opened by Arthur Snr in the 1930’s and it preserved the character of the place, with some stock items reportedly dating back to the 1940s. David Jason “discovered” the DIY Aladdin’s Cave and reported enthusiastically about the shop back to the writer of Only Fools And Horses after the group of friends joked ” Hey Del could you do a deal in there?”

Arthur’s went on to become the inspiration for Open All Hours, starring Ronnie Barker as mean-minded Albert Arkwright and David Jason as his hapless nephew, Granville.

David Jason was the partner of actress Myfanwy Talog, who owned a house in the village, and Jason was a regular visitor in the many village pubs when the idea stumbled across his mind of  Arthurs DIY – he blamed not thinking of it sooner on the Welsh Bitter Brains SA!

Anyway after that little bit of history – the future is Del Boy is coming back!