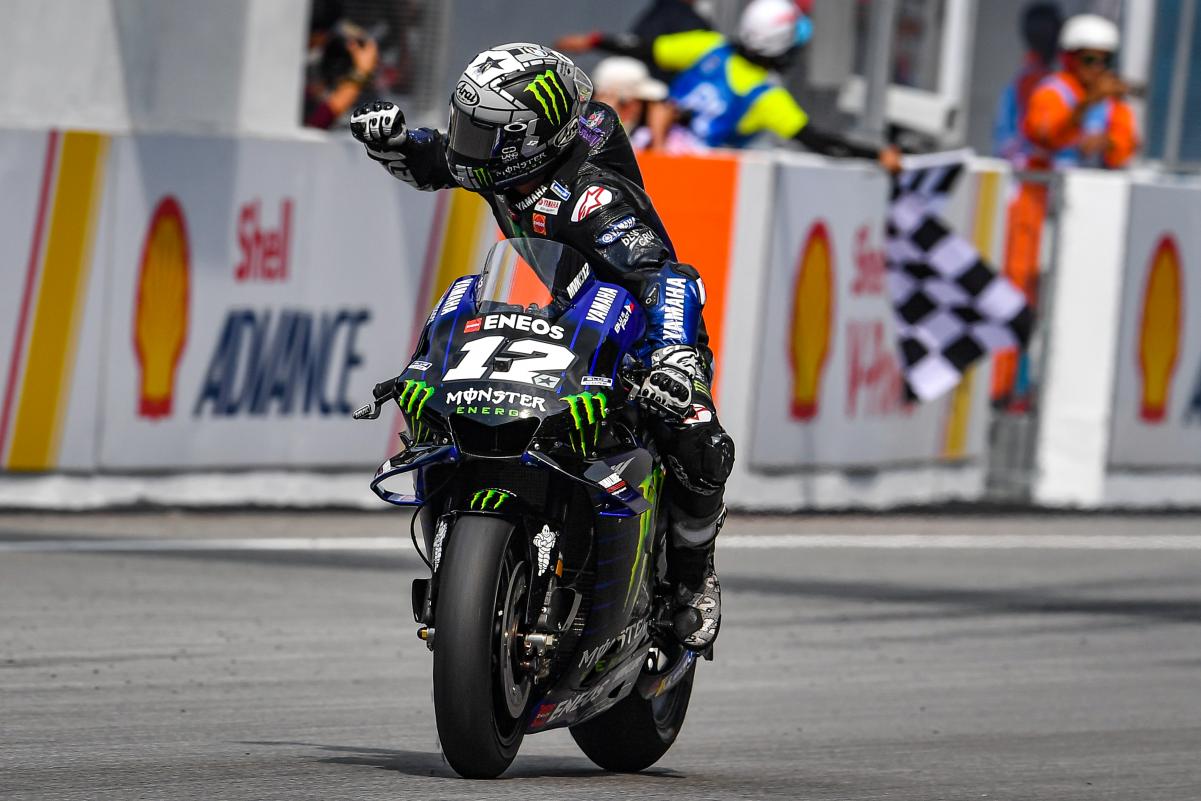 MONSTER Energy Yamaha rider Maverick Vinales led from start to finish to give Yamaha their most convincing performance in recent memory.

As the season starts to come to an end, titles were there to be wrapped up, with Marc Marquez’s brother Alex claiming the Moto2 title and the Sepang Petronas Yamaha squad taking the Independent team title.

In the MotoGP race, the Spaniard had it easy as he took the lead on the first lap and never looked back.

Vinales has thanked an attitude change to his turnaround in performance, focussing on his own performance rather than the performance of his Yamaha YZR-M1.

“When you work on the factory bike you need to try many things to develop the bike during the season,” he explained.

“So it is always very complicated to keep one bike the same and trying to improve yourself., so since halfway through the season I kept the same bike and tried to improve myself.”

Pole man Fabio Quartararo had a miserable race, falling back to eighth from the start before finally finishing seventh.

The Petronas Yamaha rider had been phenomenal all weekend, setting an outright lap record in FP1, citing an issue with his Michelin front tire meaning he had issues stopping the bike under braking.

Recently crowned world champion Marc Marquez would have a strong outing after starting 11th thanks to a painful highside in qualifying.

He expertly sliced his way through the field ending lap one in second before being drafted on the home straight by Pramac’s Jack Miller to move into third.

As the race progressed, Miller slipped back and the battle for third became a hotly fought battle between Valentino Rossi and Andrea Dovizioso, with the Yamaha rider pushing his fellow Italian the whole race before settling for fourth.

Suzuki’s Alex Rins was lucky to finish in fifth after a clash with Miller early in the race.

The home team of Morbidelli and Quartararo weren’t able to turn their early weekend pace into a result with a lonely sixth and seventh respectively.

The weekend was marred however by the tragic death of Afridza Munandar who was killed after an accident competing in the Idemitsu Asia Talent Cup earlier in the day.