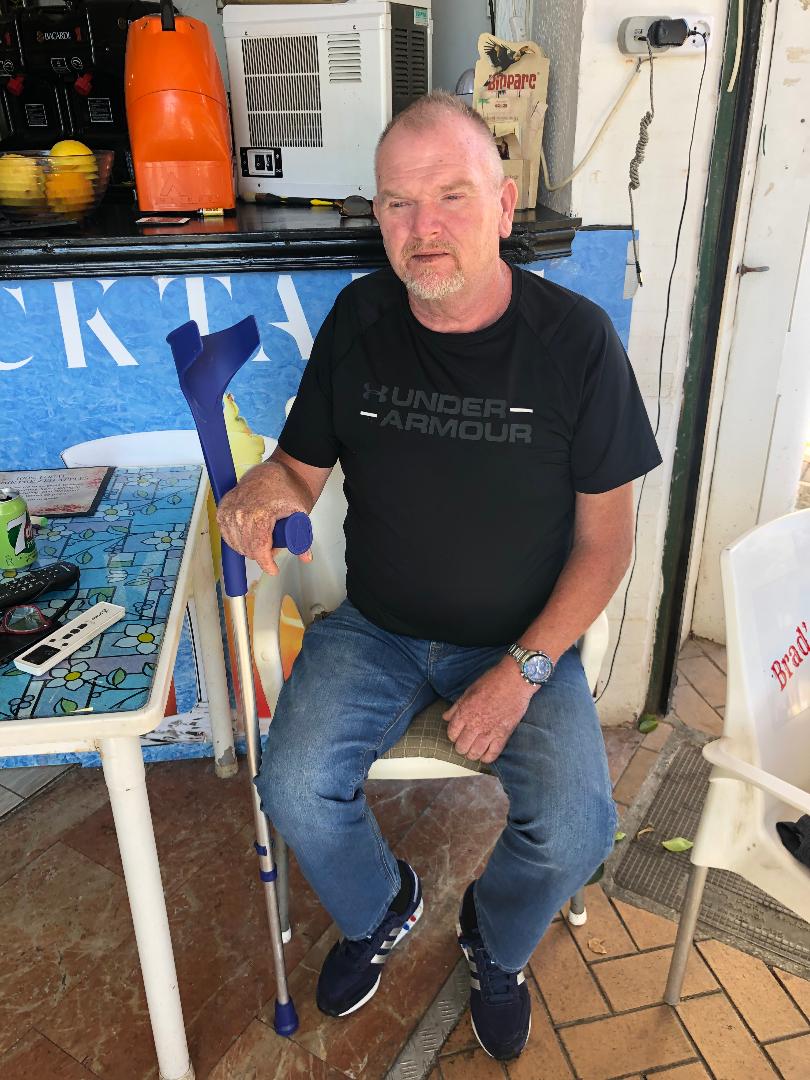 Andrew Bradshaw who runs Brads bar on the front in Torreblanca was moving house recently when at the last stages of the move suffered a near death stroke.
Bradshaw was rushed by ambulance to Marbella hospital for what was life saving treatment.

Whilst the emergency treatment saved his life – Bradshaw has lost the left side of his body at present and currently on a walking stick.
When all the drama was taking place his distraught wife Wendy contacted the landlord to explain there was a couple of items left in the house – the landlord assured her it wasn’t an issue as nobody was going in to rent the property and to concentrate on her near to death husband.
Andrew Bradshaw is now home and recovering from the stroke and ordered by doctors to take life easy but that’s already turned stressful as his ex landlord has, he claims, done a complete U – Turn.
Bradshaw said “ despite what he told my wife Wendy now I’m out of hospital he’s refusing to give me back my rental deposit of €1700 trying to charge it as a storage fee – the landlords agent has made me 3 offers to date. They have offered me €500 then a few days later €1000 and finally €1100 but not the full €1700”
The Italian Landlord in question
Giuseppe Orlandi who operates the rental company Prosefinter SL who have offices in Torreblanca were contacted by the EWN for their side of the story – but declined the invitation to comment.
Stroke victim Bradshaw went on to say “ it doesn’t surprise me at all they won’t comment as they are just trying to rob me out of my deposit – I urge everyone to avoid this company they are not to be trusted”

Bradshaw’s wife Wendy commented “ I’ve been in floods of tears, Andrew doesn’t need this added stress, he should be relaxing at this present time, the landlord totally stitched me up – he clearly told me it wasn’t an issue but then hit us with the so called “storage charge” for a couple of items! “ At time of press the dispute continues.