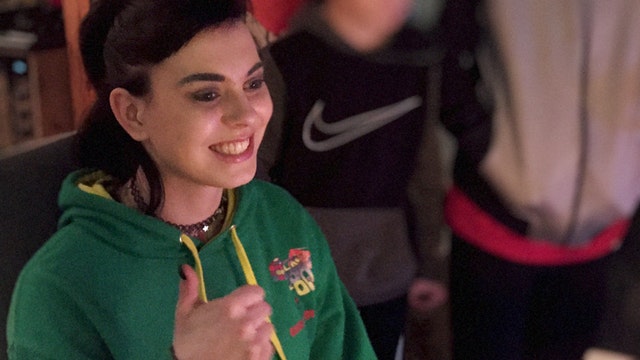 Ireland’s youngest killers have been detained for the murder of schoolgirl Ana Kriegel.

Two 15-year-old boys – known as Boy A and Boy B – were found guilty in June of murdering the 14-year-old.

The schoolgirl’s naked body was found in an abandoned farmhouse in Lucan, Co Dublin, last May after she had been reported missing by her parents.

Boy A was sentenced at Dublin’s Central Criminal Court on Tuesday to life, with a review period after 12 years.

He was also convicted of aggravated sexual assault and will be placed on the sex offenders register.

Boy B was sentenced to 15 years’ detention, with a review after eight years.

After the sentences were handed down, Ana’s father Patrick said justice had been served.

Flanked by Ana’s mother Geraldine, Mr Kriegel said: “Justice has been served for Ana. The judge has decided on the sentence, and that duty lies with him alone. For our part, we can only say that forever is not long enough.

“Please remember Ana and keep her in your hearts somewhere.”

Ana, a first-year student, suffered horrific bullying and was endlessly tormented in the months leading up to her death in May 2018.

A post-mortem examination found she suffered head and neck injuries and there had been attempted penetration of her vagina. Her body was found with a ligature wrapped around her neck.

Semen staining on a top found at the scene where the schoolgirl’s body was discovered contained the DNA of Boy A.

Both boys maintained their innocence throughout the trial.

Boy B eventually admitted to police that he had been asked by his friend to bring Ana to meet him, knowing she had had a romantic interest in Boy A, and later admitted he had seen Boy A attack Ana before running away.

Judge Justice Paul McDermott described this as a “point of distinction, that he (Boy B) did not personally physically assault the deceased”.

“Boy B has been convicted on his willingness to procure the deceased, the jury was satisfied in what he was doing he was a key factor in the successful completion of the crime,” he said.

Both boys have been granted lifelong anonymity due to their age.