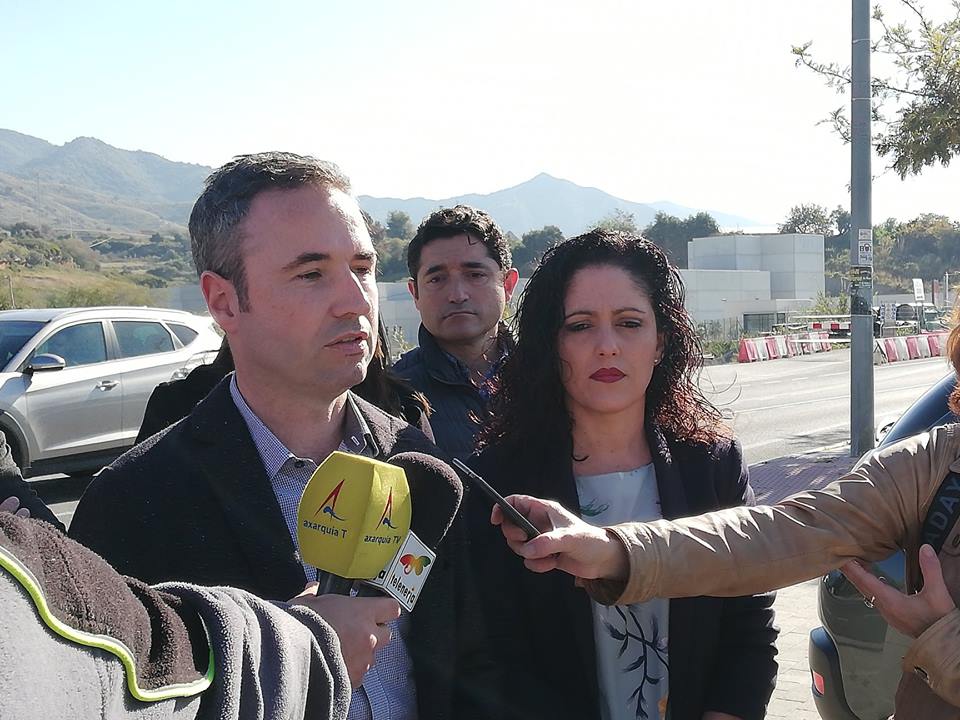 CRITICISM: Ciudadanos have criticised the PSOE and the PP for their lack of WWTP progress. Source: Ciudadanos Nerja

NERJA’S Cuidadanos candidate Guillermo Díaz has slammed the PSOE and the PP’s for using the currently in construction Waste Water Treatment Plant in their election campaigns.

The new treatment plant is currently nearly three years behind schedule thanks to a minefield of administrative and legal hurdles that the developers have had to face.

The Cuidadanos party has taken objection to the use of the plant to promote the two parties, due to the fact that it symbolises broken promises and highlights the incompetence of the current administrative system.

The candidate for the Malaga Congress of Deputies, Guillermo Diaz, visited Nerja today as part of his electoral tour of the region, and used the opportunity to take shots at his opposition.

“The management of the PP and the PSOE with the Nerja treatment plant would lead to dismissal in any private company,” he lamented.

“Both parties have lied in a frivolous and irresponsible way and I assure you that this year they will not be on the move, even though they have promised another campaign”, he continued.

“They are not ashamed to promise it again before a new electoral campaign”, he remarked, accusing the two parties of “playing with the expectations of the people.”

Diaz has assured that his party will put an end to the delays and help the town to break free from the deadlocks involved it the plants construction.

Nerja is currently paying millions of euros in fines to the European board for their lack of sufficient water purification facilities.

Diaz also reminded the public that the Citizens are fully committed to the water situation in the area, as displayed by their €1.4 million investment for the by-pass of the reservoir from La Concepción to La Viñuela, which will allow the transfer of water from the western area of the province to the east.