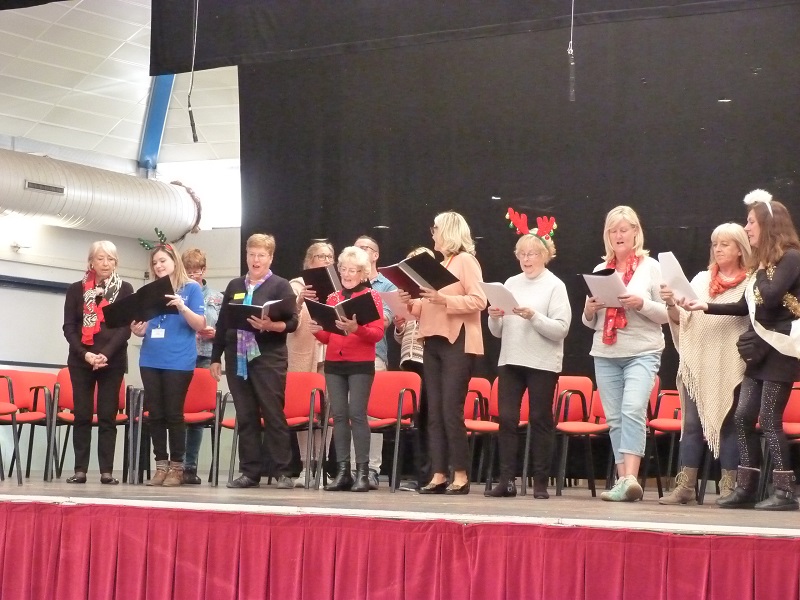 Euro Weekly News proud to be official media sponsor for the Dames in Spain (Mojacar) grand fundraising Christmas Bazaar
THE Mojacar-based Dames in Spain is an organisation which deserves enormous praise for the active role it plays in the local community and for its tireless efforts to raise funds for very worthy causes.
The Euro Weekly News is therefore proud to be associated with the Dames in Spain and absolutely delighted to be the media sponsor at the group’s key fundraising event, the hugely popular Christmas Bazaar. What’s more, EWN is contributing the top prize for the event’s Grand Raffle: a fabulous Smart TV!
This year’s bazaar at the Mojacar multi-uses centre on Saturday November 30 promises to be a really fun occasion with something for everyone. From 10am onwards there will be the early sounds of the Festive Season with Yuletide music from the Mojacar band and Christmas carol singing led by local performers Tony Justice and Lady Ellen, followed by free wine and mince pies.
There will be a whole range of Christmas stalls, home-made cakes, gifts, a tombola, and of course the grand raffle with some smashing prizes up for grabs, including the EWN Smart TV and a selection of hampers.
The Dames in Spain Christmas Bazaar is easily one of the area’s highlights of the year, and a big event which brings together the local Spanish and foreign resident communities, although it has developed from relatively modest beginnings.
Many years ago the Dames would meet at a member’s home to sing carols and enjoy a glass of wine and mince pies, but as the membership grew it became clear they needed a new venue. They approached Mojacar council, and the local authority was happy to offer them the multi-uses centre.
A larger venue mean the Dames could open up the occasion to the public and incorporate a fair, and today it is the biggest fundraising venture in the group’s calendar.
The Dames also take advantage of the event to present cheques to its chosen charities, and this year they will be giving no less than €1,000 each to MACS, Asprodalba and Stepping Stones.
The Dames in Spain itself has a history going back nearly 35 years. It was a lady called Dorothy Dobson who came up with idea for the group in 1985 with the aim of promoting friendship, an understanding of living in Spain and to help local charities.
Among the very first charities the Dames helped were the local Red Cross and Mojacar church for the floor restoration fund.
The Dames in Mojacar are the original Dames in Spain, but there are now branches in Turre and Huercal-Overa.
They welcome all women as members, whether residents or not. There is an annual subscription, but you can go along as a guest for a maximum of four meetings.
THE Mojacar Dames already have a packed agenda of talks, trips and events lined up for the first half of next year.
The first event of 2020 will be a quiz and Three Kings lunch. Over the following months there will be talks, trips and mini-breaks, and in March they will be marking International Women’s Day with a special lunch.
The Dames in Spain meetings are held at Sensations in Mojacar Playa on the third Monday of the month unless otherwise indicated.