No to gender-based violence in Cuevas del Almanzora 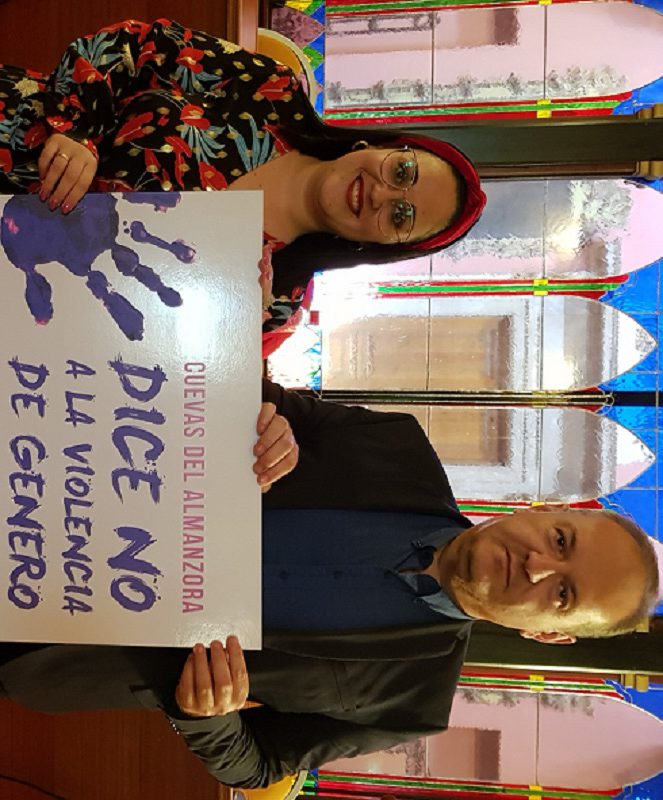 GOAL: The council programme is aimed at uniting local people in the objective of “walking towards a better society.” CREDIT: Ayuntamiento de Cuevas del Almanzora

CUEVAS del Almanzora has a packed agenda for the next few weeks to mark International Day for the Elimination of Violence Against Women on the 25th.
Events include a night walk, benches with awareness-raising messages and 76 workshops in local schools, all under the slogans ‘Cuevas says no to gender violence’ and ‘For a violence-free life’.
Cuevas Mayor Antonio Fernandez and Equality councillor Melchora Caparros officially presented the events programme, which was put together by the local council with the support of funds coming under the Equality Ministry State Pact.
They explained that the night walk on November 23 is a new event. Participants will set off from the Marques de Los Velez castle at 7pm on a four-kilometre route in what will be a symbolic representation of walking towards a more equal society which eradicates the social blight of aggressions against women.
Also new this year is the creation of a video clip giving a perspective on gender, in which local residents will participate, as well as the messages on benches around the municipality, and which according to the council represent the need to stop and reflect in order to change the behaviour which leads to violence against women.
The school workshops, which are adapted to different age groups, will be aimed at educating the younger generation about rejecting any kind of gender-based mistreatment and discrimination.
On the 25th an anti-gender-based violence manifesto will be read out in the Plaza de la Constitucion next to the Town Hall at 12 midday, and the day after there will be a CMIM Municipal Women’s Information Centre stand at the Cuevas weekly market.
“Unfortunately gender violence remains a social scourge which brings dreams, hopes, and often the lives of many women, to an end”, the Equality councillor commented.
Caparros pointed out that some 1,000 women have died at the hands of their partners or former partners in Spain since records began, “and today we continue lamenting the loss of human lives due to this problem.”
She said Cuevas council therefore worked throughout the year in collaboration with other social collectives to address the issue, stressing, “we say no to gender violence, and we do it by not just saying so, but also by acting, with activities which unite us in this objective of walking towards a better society.
“We also do it through education, with consciousness-raising about gender violence among the young population, and above all, by installing in our sons and daughters valued of respect which eradicate sexist behaviour. We are also informing and raising awareness on our streets with professional days.”
Added the Mayor, “we have to keep working on this line, in involving society, explaining to and making aware our young people, reporting mistreatment and helping the victims.
“Hence we implement complete plans so that one day gender-based violence will no longer have to be commemorated.”
Fernandez finished by underlining “the council’s firm commitment to equality and the fight against any kind of sexist aggression”, with the aim of creating “a fairer and more equal municipality.”