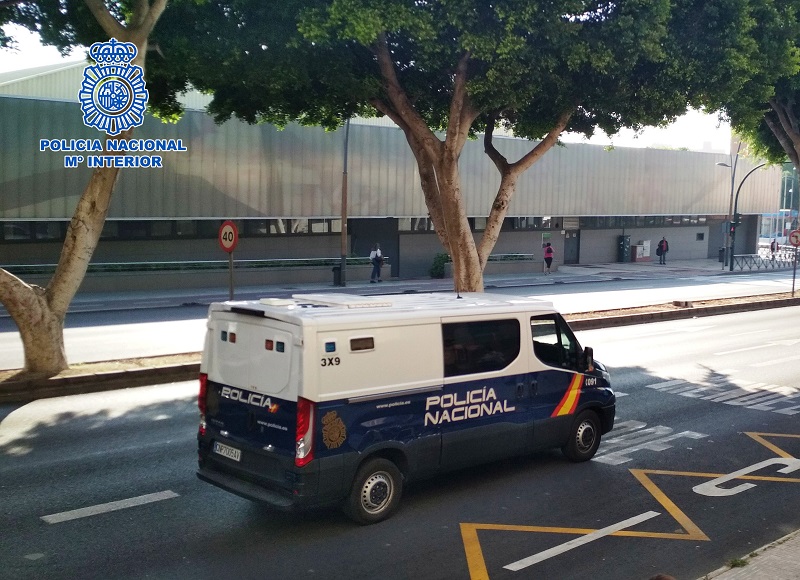 FUGITIVE CAPTURED: The Brit was on the run from police in the UK

A POLICE investigation into a gang of armed robbers luring victims through a car swap scam resulted in three arrests in Almeria and one in Granada.
Police said the thieves had fooled their victims into thinking they wanted to swap top-of-the-range vehicles so they could rob them of cash and other items of value, getting away with €81,000 in all.
The gang expressed interested in vehicles offered by car sales companies and offered a higher range car in return, in addition to receiving a cash payment. They arranged to meet representatives of the companies in country locations, then surprised them, threatening them with guns and seizing their money and other valuables.
In one case, the gang ambushed the representative of a Salamanca car sales company who come with €42,000 in cash to hand over to the seller in Almeria. Two vehicles blocked his path and three hooded man jumped out on him, once of them carrying a pistol.
In a second incident, two gang members with pistols and one armed with an automatic rifle cornered two buyers who had come from Valencia. When the victims smashed into one of the criminals’ cars to try and get away, the one with the automatic rifle fired three times at their car.
Fearing for their lives they handed over €39,000.
Police investigations led to the identification of the gang members and the detention of a Spaniard and two Moroccans in Almeria. One managed to escape, but was later detained in Granada.
The four face charges including robbery with violence, illegal ownership of arms, document falsification and belonging to a criminal organisation.